Wireless week: this smartphone goes to 11, and abstracting electricity 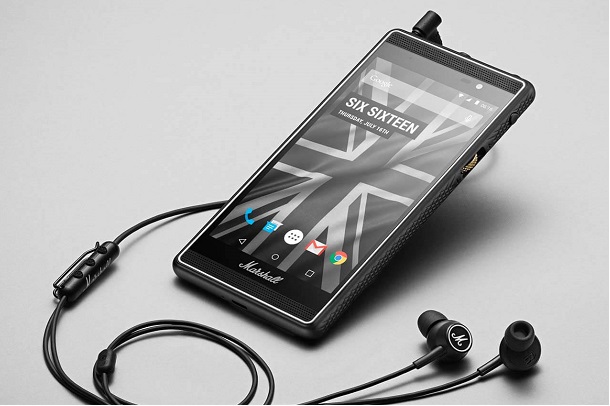 The SIM as we know it could be a thing of the past, if Apple and Samsung have anything to do with it. The Financial Times reported this week how an e-SIM is on the horizon, allowing consumers to switch provider almost instantly, and stop those troublesome hunts for a paperclip when you want to change your SIM card.

As well as the two smartphone giants, Deutsche Telekom, Orange, Telefónica and Vodafone are among the backers. The first devices featuring the e-SIM should hit the market next year.

There was a soft launch of the soft SIM last year when Apple built in the functionality to switch operator into its iPads. However, consumers were only able to choose from a handful.

There was a surprise entrant into the smartphone market this week as Marshall, famous for their guitar amplifiers, released its first Android device. There’s no word whether the volume goes all the way to 11, but the smartphone does have two audio inputs, as it clearly targets itself at music fans.

Staying with music, we learned this week that Marko Ahtisaari, Nokia’s former design head, is looking at how music can change human health. He’s been appointed CEO of PureTech, a company that will use wearables to track how our body changes according to different tunes. There may be something in this, given how every time I hear Eric Carmen’s All By Myself, I want to be sick.

In a blog post, Ahtisaari wrote: “Throughout history, music has served a multitude of purposes in human culture, all of which stem from music’s unique power in influencing our mental and physiological states and social interactions. With the advent of modern science, we are finally able to take a peek at the mechanisms behind what makes music so important and so powerful in regulating our emotions, and shaping our thoughts and interactions.

“Through this understanding we can start using music in an informed and targeted way, in support of overall wellbeing and health.”

Meanwhile Nokia gave an indication of its relationship status with smartphones: “It’s complicated.”

While there are rumours abound that the Finns will return to the handset market, a spokesperson said this week that it would only be through a licensing deal, and we’d have to wait until the end of 2016 at least.

The Internet of Things took a bizarre twist this week, as the brilliantly named Bigbelly applied for a grant from the New Work mayor to make Wi-Fi hotspots from…litter bins.  The waste management company claims the street-level bins could offer speeds of up to 75MBps and would avoid the pesky trouble of trying to make signals navigate through the honeycombs of the city’s skyscrapers.

Whether the idea is binned or not remains to be seen, but it is far from the first time Bigbelly has experimented with unusual technology for the waste sector. Among its products are solar-powered compactors, as well as bins that send texts to rubbish collectors when they are almost full.

If it does go ahead, it will provide fuel to those who feel lots of excited predictions about the Internet of Things are a load of rubbish.

“Abstracting electricity” sounds like something that happens in a Marvel comic, but it was the crime a London artist was accused of when he made the fateful error of charging his iPhone on a train. Officers arrested Robin Lee after he was spotted plugging in his iPhone while travelling.

He told the Evening Standard: “She said I’m abstracting electricity. She kept saying it’s a crime.

“We were just coming into the station, and there happened to be about four police officers on the platform.

“She called to them and said ‘This guy’s been abstracting electricity, he needs to be arrested’.”

Common sense then prevailed and Lee was “de-arrested”. Expect overbearing signs warning of the dangers of charging one’s smartphone on public transport to come to a train or bus near you.