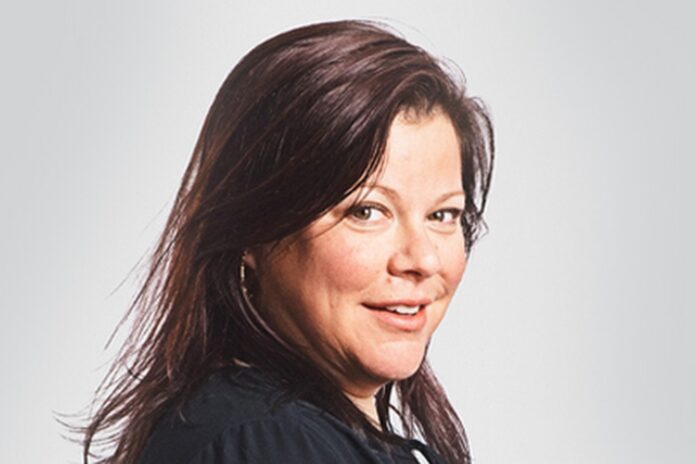 Telecoms companies are uniquely positioned to help push for a net-zero future, making their own operations more sustainable and transforming other industries.

The technologies that they enable, such as IoT, advanced applications powered by connectivity in all its forms – edge, mobile private networks (MPNs) and public 5G will be vital in helping industries to alter their operations and track their progress.

In the past year, the sustainability agenda has been taken up a notch. World and business leaders convened in Glasgow for the first COP in two years, and the message was clear. Act now and act together. The turn of the year was bookended by two damning reports from the IPCC, which illustrated how large the task at hand is.

While governments strategize and implement policies, it’s up to organizations to assess their own operations and understand where they can make the greatest impact in the journey towards a net zero future.

Facilitating the transition towards net zero represents an opportunity for telcos to contribute towards a greener, future-proof society. The benefits for this are three-fold. Telcos can become green pioneers, help other industries work to reduce their own emissions, and create ecosystems around themselves that will maximise the return on investment in 5G.

Getting ahead of the curve

While the telco sector performs relatively well in terms of energy this won’t always be the case. It’s estimated that mobile and fixed networks account directly for around 0.6% of global electricity consumption, against 2-3% of GDP. As innovations and new technologies are enabled by the mass rollout of 5G – while they will add value and increase the GDP, as the world moves toward a greener future – telcos must incorporate this increase in electrical output into their net zero strategies.

Currently, energy costs represent between 20-40% of operating costs for telcos, and even higher in markets that have a greater reliance on diesel. So, despite 5G’s increased energy efficiency per-gigabyte than its predecessors, as 5G continues to develop and facilitate new use cases, it’s estimated that average data use will increase by 400%.

Telcos can tackle it

Thankfully, the telco industry is well positioned to tackle this issue, in that it knows that it’s coming, and it possesses the technology to be proactive and get ahead of the curve. For instance, Artificial Intelligence (AI) and Machine Learning (ML), in combination with Edge Computing, can be harnessed to enable network activation, but only when needed, helping to reduce the overall environmental impact.

While this practice may take some time to be scaled to the point of mass adoption, it is an encouraging sign that innovation within the telco sector is meeting the net zero challenge head on. Additionally, as 5G grows in popularity, it enables for a reduction on the dependency of the older 2G and 3G legacy networks. In the UK for instance, it was announced that this would be achieved by 2033, with BT and Vodafone announcing last year that they would be aiming to switch their legacy networks off as early as 2023.

These are all positive steps, and while the decommissioning of the networks themselves will undoubtedly contribute to emissions, in the long run, no longer maintaining the less efficient 2G and 3G networks will produce a net benefit in carbon emissions.

Telcos as enablers in the net zero push

Countries and businesses alike are under no illusion that reaching net zero by 2050 will take an enormous effort. In fact, reductions of 50% will be required in each successive decade until then. Undoubtedly the toughest years will be those up to 2030, which require the removal of 26 billion tonnes of carbon, or three tonnes per person, taken out of circulation for every person on earth over the next 10 years. According to the GSMA’s 2021 report, mobile and digital technology could aid in reducing just under 40% of the required CO2 over the next 10 years across the top four emitting industries – Manufacturing, power and energy, transport and buildings.

The benefits for industries

While sustainability isn’t in itself a new topic, the speed at which organizations are going to have to pivot to integrate it into their operations is unchartered for many. It will require collaboration and strategic partnerships. Of the total 53 gigatons of global CO2 emissions per year, 80% is contributed by manufacturing, power, energy and utilities, transport and logistics and buildings. Through 5G enabled innovation, such as IoT, telcos can help these industries realize their net zero ambitions, and they are already demonstrating this.

In 2021, Vodafone partnered with a Romanian transport company to work on a vehicle tracking project. The IoT solution implemented helped to save up to 16 million tons of CO2 emissions per year. As we move towards a future with smart cities and buildings, IoT will be crucial in managing energy consumption, helping to reduce energy consumption in buildings at an estimated rate of 3-5%.

While this figure may seem somewhat insignificant, for London’s Gherkin that’s a reduction of 80 tons of CO2 per year. The equivalent of five city buses worth of carbon that is being prevented from entering the atmosphere.

The benefits for telcos

As well as helping to tackle the climate emergency, by helping other industries to reach their net zero ambitions telcos will be solving an issue closer to home – that of the value chain. The 5G rollout and advancements in mobile and network technology represent an opportunity for telcos to right the wrongs of the 4G roll-out.

4G drove immense value for the market, yet it was the likes of Facebook and Netflix that reaped the rewards. The key for telcos in avoiding the same mistake in this next generation of connectivity is to create new ecosystems around themselves that can help to drive revenue and growth. The push for a greener future will present opportunities for telcos to sell new offerings such as Sustainability-as-a-Service, Mobile-as-a-Service, and generate revenue through network and data monetization.

The move towards net zero, while daunting, represents the perfect storm for telcos. Telcos are uniquely positioned to be value drivers. Not only in terms of reducing their own emissions and creating new service offerings, but through 5G enabled technology helping other industries to reach their net zero targets. A greener future and digital transformation go hand in hand. It’s time for telcos to show that they can walk the walk.