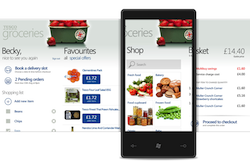 Smartphone usage is on the rise all across Europe, with UK consumers leading the way in terms of m-commerce applications and mobile shopping, according to new research from Nielsen and comScore.

In December 2012, all European countries crossed the 50 percent mark for smartphone penetration for the first time, with the highest penetration being in Spain, at 66 percent, according to comScore.

The overall mobile audience in the EU5 – France, Germany, Italy, Spain and the UK – has now reached 241 million.

In the UK, 64 percent of mobile owners are using a smartphone, while over 6 million users own both a smartphone and a tablet as of December 2012.

Further, the UK has the highest proportion of mobile users in the 18-24 age group, at 30.1 percent.

Nearly a third of all page views come from mobiles and tablets, and comScore found that one in five British consumers used their smartphones to purchase a good or service in December 2012.

“We’ve been preparing for a future scenario where most people will consume content on the go and PCs would no longer be the centre of the digital universe,” said Mike Read, SVP and Managing Director for comScore in the UK.

“This future is quickly becoming a reality with smartphones, now in the hands of two out of every three UK mobile phone owners, and devices such as smartphone and tablets now driving nearly a third of internet usage.”

In most European countries, PC page views still make up the majority of page views, except for Russia, where mobile and tablets take up 25 percent. In the UK, nearly a third of all page views come from mobiles and tablets.

According to comScore, Google’s Android still most popular smartphone OS, followed by Apple and BlackBerry.

When it comes to Android apps in particular, Nielsen has found that seven of the top 15 apps experiencing fastest-growing usage in the UK are m-commerce apps such as Amazon AppStore, Tesco, ASDA, Quidco and TopCashBack.

Banking apps from HSBC and Lloyds TSB are also in the top 15 of fastest growing apps.

Nielson managing director for digital in Europe David Gosen commented: “ Apps have grown up. The list shows that consumers are now seeking apps which help them with real-world tasks, not just fun gimmicks and games.”