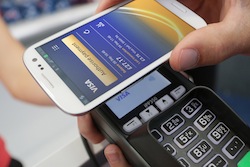 Global payments company Visa has launched a new plug-and-play mobile money platform as it looks to seize a greater share of the m-payments market.

Targeted initially at unbanked customers in India and Rwanda, the new platform links a newly-created financial account to a mobile phone number.

India-based operator Aircel is among the first clients to sign up for the service.

“Through the Visa hosted and managed service, Aircel is now able to partner with local banks to offer our mobile subscribers access to money services that will simplify their financial lives,” said Aircel’s head of mobile banking Geoff King.

However, Informa senior analyst Shailendra Pandey feels that emerging markets will be a tough nut to crack.

“Most market leading mobile operators in emerging markets have already launched their own mobile money services and therefore Visa will find it difficult to sell the service to those operators,” he told Mobile Europe.

“Even Nokia failed with its Nokia Money service despite having millions of Nokia device users in countries like India. The service from Visa is likely to get more interest from the operators with smaller market share – like Aircel in India – who are looking to differentiate and offer attractive services to grow their market-share.”

While the managed service is targeted at emerging markets, the platform can support any financial institution or mobile network in any country.

“Visa’s new platform is designed to comply with the regulatory framework established for mobile financial services in different countries. This is a significant value to mobile money service providers who may wish to offer services in multiple countries.”

By the end of 2012, there were 540,000 contactless terminals in Europe and 50 million contactless cards in circulation, with contactless transactions quadrupling in 2012.

“This momentum is only set to increase and we forecast that there will 40 live services by the end of 2013. New services will join deployments that include Komerční banka’s partnership with Telefónica and Samsung to launch in the Czech Republic, as well as multiple live projects across the region.

“In addition to innovations like NFC-enabled cases that are already in us in the UK with RBS and Akbank in Turkey, we are working closely with handset manufacturers to bring more NFC-enabled mass market smartphone options to consumers.  We expect significant progress this year and predict that there will be 80 types of Visa-certified smartphone available by the end of the year.”

Guillermo Escofet, senior analyst at Informa, feels that there will still be many challenges with NFC.

“Mobile contactless payments are still a long way off from becoming a mass-market reality, despite the obstinacy with which many big players in the telecoms and other industries have been pushing them,” he said.

“Although the technology is now much more common in phones than it was two years ago, many of the NFC phones out there are not enabled for payments – just pairing and content sharing. Also, most retailers are in no hurry to change their payment terminals with NFC-enabled ones.

“More worrying still for mobile NFC advocates, there is little evidence so far from advanced mobile contactless markets like Japan and South Korea that there is a burning desire among consumers to make such payments using their phones.

We are likely to see more headway being made this year with so-called cloud-based mobile payment services, such as Starbucks.”

READ MORE: So far, so good – Let’s hope for a disaster soon