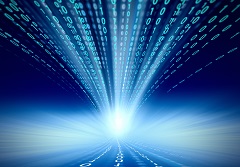 Several major operators and vendors have united with Linux to lay the foundations of a new open platform to accelerate Network Functions Virtualisation (NFV).

Names including AT&T, Cisco, Ericsson, Huawei, Nokia Networks and Orange have all banded together to form the Open Platform for NFV Project (OPNFV), which will offer a carrier-grade ecosystem to allow companies to test and develop cloud-based products and services.

OPNFV will initially focus on developing an integrated system that can be used to test core NFV functionality and demonstrate that the technology has the potential to meet the demands of end-users.

The platform also aims to establish an open ecosystem for NVF technologies based on open-source standards where companies can test interoperability of new and existing NFV components.

By doing so, it is hoped OPNFV will be able leverage existing NFV “building blocks” to identify issues and fill in development gaps where necessary and become the preferred platform for NFV development.

Jim Zemlin, executive director at The Linux Foundation, said OPNFV will provide a “common foundation for the future of networks.”

He commented: “Open source code has been proven to accelerate innovation and time to market for new technologies. The Open Platform for NFV will bring together providers, cloud and infrastructure vendors, developers and users alike to define a new type of reference platform for the industry, integrating existing open source building blocks with new components and testing that accelerates development and deployment of NFV.”

OPNFV will license new components under the Apache License Version 2.0 and will work closely with ETSI to deliver open standards in keeping with its NFV Industry Specification Groups (ISG).