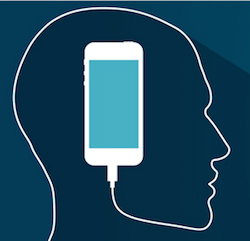 Mobile Europe has launched its CTO of the Year competition, its annual search for the most innovative executive in the mobile industry.

The award, in its second year, will focus on five key criteria that are vital for the modern CTO. These are demonstrating network changing project management, experimenting with the latest technology, having their innovations adopted by customers, leading dynamic change and showing influence at board level, and setting the agenda across the wider industry.

Readers can vote for the CTO they wish to see by clicking here and filling out a short survey. Details of the shortlist will be revealed in the Feb/Mar issue of Mobile Europe and the winner revealed in our forthcoming tablet edition, which will be published at Mobile World Congress.

Marc Smith, Group Editor of European Communications and Mobile Europe, said: “Launching the industry’s first award for CTOs of European operators last year was revealing, as it highlighted the amount of innovation that is going on across the continent.

“We look forward to seeing how much further operators have progressed in 2014 and having the difficult but rewarding task of choosing the 2015 winner.”

Last year the inaugural award was won by Telefónica CTO Enrique Blanco, who was hailed by the judging panel for its customer-oriented approach to technology innovation. Among the initiatives he launched were Universal Wi-Fi, Latch and VoLTE to 3G call handover.