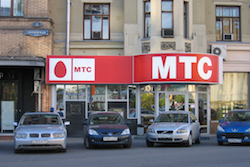 Russian operator MTS has integrated the GSMA’s Rich Communications Services (RCS) platform into its network in Moscow ahead of a launch later this year.

The operator said it was readying a commercial deployment of the IMS-based communications service across Russia, following successful technical tests with strategic partner Vodafone.

RCS provides instant messaging, live video and file sharing functions across devices on any network, whether cellular or Wi-Fi.

The platform is promoted as a transition from typical circuit-switched messaging and voice applications to “an all-IP world”, sharing similar capabilities to voice over LTE (VoLTE) and LTE-based video calling.

MTS said RCS functionality will come pre-installed on compatible, MTS-branded Android and Windows Phone handsets. Meanwhile, iOS users will be able to access RCS through a dedicated app from the operator.

“At the same time, RCS offers a reliable alternative for customers already using OTT services, a product which ensures a high quality voice and data connection and better protection of users’ personal data.”

According to the GSMA, the platform offers new revenue streams for operators able to create new apps and B2B services through the platform.

A total of 41 operators have now launched RCS. However, a report from BICS last year concluded that 43 percent of service providers were concerned about receiving significant ROI from the technology.

Nevertheless, findings from Infonetics estimated that operator revenues from RCS between 2012 and 2016 will total $1.6 billion (€1.4 billion).