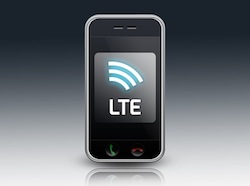 MTS previously worked with NSN in 2012 to deploy its LTE-TDD network, which runs on the 2600 MHz and 800 MHz frequency bands.

Over 2,000 new base stations were installed in Moscow for the LTE-TDD network, while the existing networks were upgraded with an additional 5,000 base stations using Single-RAN technology supporting 2G, 3G and 4G standards.

By extending its partnership with the Russian operator, NSN will upgrade the existing Single RAN platform, which is based on the Flexi Multiradio 10 Base Station, a multi-technology solution that makes it easier to upgrade RAN networks for LTE.

NSN will also deploy the NetAct network management system, featuring services such as IMS improvement capabilities for voice, network implementation, planning and optimisation, as well as care and system integration.

“As a leading telecommunications group in Russia and the Commonwealth of Independent States (CIS), we have been at the forefront of technology and innovation,” said Andrey Ushatskiy, vice president and CTO of MTS Group.

“In 2012, we launched our TDD LTE network. By adding FDD LTE, we will be able to take full advantage of our spectrum allocation, provide higher capacity, and deliver the superior data experience that our subscribers deserve.”

MTS plans to cover 80 percent of the Moscow territory and 40 cities in the Moscow region with LTE-FDD networks within the next two years.

On Monday, Nokia announced that it was buying out its JV partner Siemens from NSN for €1.7 billion and that a new name and branding will be announced once the deal closes in Q3.