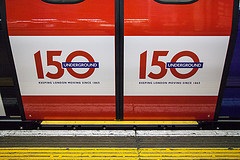 Consumers can now use NFC to travel on the London Underground, after a successful trial of contactless payments was held this year.

EE customers with an NFC compatible phone and the operator’s Cash on Tap service can use their handset to travel on the underground, tram, Docklands Light Railway, overground and National Rail services that accept the Oyster card.

The operator said more than half a million customers’ handsets will be NFC compatible by the end of 2014. Its customers were able to use their smartphone to pay on London’s bus network from 4 August. It launched its contactless payments service last year, thus far the only operator in the UK to do so. Vodafone is reportedly prepping its own NFC payments service for launch within the next month.

Pippa Dunn, Chief Consumer Marketing Officer, EE said: “The TfL network carries more than 30 million journeys  around the capital every day, and contactless payments can help make these journeys easier and quicker for London’s residents and businesses. This is why EE has continued to work so closely with TfL and MasterCard to bring the ease and efficiency of contactless mobile payments to London’s Tube, tram, DLR, London Overground and National Rail services that accept Oyster.”

The move is part of a wider introduction of contactless payments to London’s public transport network. A pilot scheme began in April 2014, which involved more than 5,000 customers.

Shashi Verma, TfL’s Director of Customer Experience, said: “Accepting contactless payments on transport in London is a fantastic achievement for our city – it provides our customers with the most convenient way to pay for their travel and highlights the capital’s position as a world leader in transport ticketing, technology and customer service.”