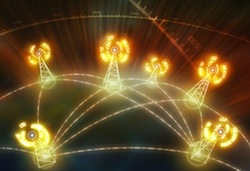 ASA is a concept currently being defined by the GSMA that enables spectrum that has been licensed for international mobile telecommunications (IMT) to be used by more than one entity, such as TV broadcast networks or government agencies.

According to the GSMA’s policy position paper on ASA earlier this year, “theoretically this would increase the use of the radio spectrum by allowing ‘shared access’ when and where the primary licensee is not using its designated frequencies”.

An example for the use of ASA could be to help operators who wish to access complementary spectrum for mobile broadband, such as the 2.3GHz frequency band in Europe or the 3.5GHz band in North America.

The live network field trial has proven that ASA works and has substantial benefits for operators, according to NSN.

“The benefit of ASA is that it provides both the technology and regulatory framework for sharing spectrum,” said Marc Rouanne, NSN’s executive vice president for Mobile Broadband.

“Our trial showed that operators can get up to 18 percent extra bandwidth for mobile broadband networks cost effectively. This technology works with existing LTE and TD-LTE networks and does not require specific software for the end-user devices, making it easy to deploy and transfer the benefit directly to the mobile customers.”

NSN has also announced it is ramping up interest in its highly-anticipated Liquid Applications, which the vendor debuted in February at Mobile World Congress.

SK Telecom has undertaken a three-month testing phase since June 2013, installing Liquid Applications in its laboratories, where it has succeeded in turning a base station into a local hub for delivering services.