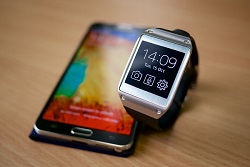 The expected boom in wearable technology is creating opportunities for companies to leverage data for the healthcare sector, new research has claimed.

ABI Research said close to 42 million wearable wireless sports, fitness and wellness devices will be shipped globally this year. The agency said one advantage of these devices was the ease at which collected data could be exported either from the device or the manufacturer’s relevant data collection app onto a third party piece of software.

An increasing amount of cloud application companies such as Ginger.io and Validic are focussing on using this data to help gain insight into a consumer’s medical records and ultimately provide healthcare recommendations that professionals can act upon. ABI said this could ultimately lead to wearable devices being the starting point for treatment plans, health insurance actuarial rates and also being used for studies in the pharmaceutical sector.

Principal analyst Jonathan Collins said: “Millions of people are tracking their levels of activity daily and healthcare providers are increasingly examining ways to leverage this data to improve levels of care and efficiency.”

Collins added that this specific use of healthcare data was at an early stage, with the bulk of big data spending in the healthcare sector being used to build the infrastructure needed to support insurance and pharmaceutical studies. The agency predicted that spending on bringing consumer data from wearable tech into healthcare big data analysis with hit €37.6 million by 2019. Global spending on big data analysis hit €131.8 million last year.