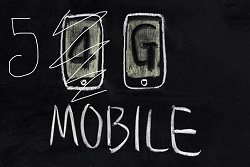 Six vendors will use the likes of massive MIMO and candidate waveforms as part of experimental trials of 5G technology in partnership with Japanese operator NTT DOCOMO.

The six vendors and the operator will hold the tests on frequency bands above 6GHz, with the expectation of achieving very high system capacity. The companies are planning to explore a diverse range of applications such as M2M services.

Docomo is planning to hold indoor trials at its research and design centre in Yokosuka, Japan later this year. This will be followed by outdoor field trials throughout 2015. The operator said it will share key findings and achievements will research institutes and international conferences as the industry collaborates to produce a set of 5G standards.

Ericsson will work on experiments covering new radio interfaces and massive MIMO on the 15GHz band. It said along with new antenna technologies, the trial will also cover new innovations in heterogeneous networks across macro and small cell architecture.

Ulf Ewaldsson, Senior Vice President and CTO of Ericsson, said: “5G will be a key component in the industry’s movement toward the Networked Society. I’m excited about the new technologies that we are exploring in the joint trial collaboration with NTT DOCOMO. This is an important step in the industry transformation we are experiencing.”

Nokia will test super-wideband single carrier transmission and beamforming across the 70GHz band. The vendor added its 5G proof of concept system will use National Instrument’s baseband modules that are used in prototypes for 5G air interfaces today.

Hossein Moiin, Executive Vice President and Chief Technology Officer, Networks, said: “Expanding our cooperation with NTT DOCOMO on 5G radio technology is an important step towards defining future mobile networks. Future wireless networks will interconnect not just humans but also machines and objects, creating a vibrant overlay of virtual and physical worlds with a huge variety of use cases.”

Alcatel-Lucent will experiment on candidate waveforms which will be used in future to support both mobile broadband and M2M services. Fujitsu will explore coordinating scheduling for super dense base stations using remote radio heads.

NEC will use the 5GHz band to hold trials on time-domain beamforming with a vast number of antennas. Finally, Samsung will hold its tests on the 28GHz band to trial super-wideband hybrid beamforming and beam tracking.

Commercial deployment of 5G is expected to begin from 2020. Experts have predicted data transmission speeds will be in excess of 10GBps, with the networks boasting 1,000 times the capacity of existing LTE networks.

Seizo Onoe, Executive Vice President and Chief Technical Officer at DOCOMO, said: “5G studies are starting to gain real momentum as we point toward 2020. I am delighted that we will collaborate on 5G experimental trials with multiple global vendors from this early stage.”

Nokia next to debate 5G puzzle, with small cells key to unlock it