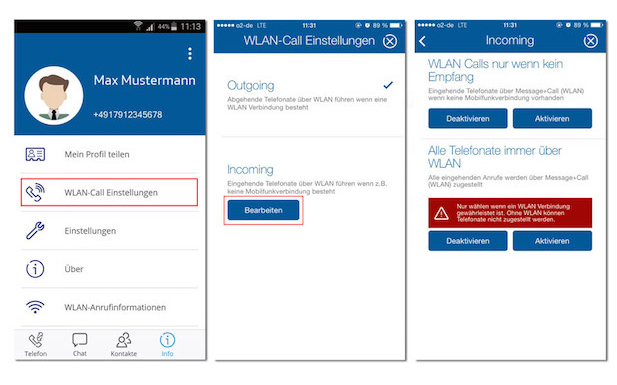 O2 Message+Call is currently in beta phase and will initially be available to contract customers in Germany with smartphones running Android 4.0 and above.

Users also need an RCS-compatible phone in order to use the service.

O2 Germany said the app would come to prepaid customers at a later date.

An iOS version will also be released “soon”, according to the operator.

The app allows WLAN calls to both national and international landline and mobile networks.

Minutes are included in customers’ mobile tariffs and are charged at the national mobile rate.

It supports features such as video calling, instant messaging and the transfer of files up to 20MB in size.

The release makes O2 Germany the first operator in the country to introduce Wi-Fi calling, with the launch coming fours months after it began pushing Voice over LTE (VoLTE) to customers.

Wi-Fi calling is steady gaining momentum in the countries across Europe.

EE and Orange have already launched services in the UK.

Vodafone, which last month launched VoLTE in Spain and Italy, is also prepping an imminent launch of Wi-FI calling in its home market.

Meanwhile in Switzerland, Swisscom plans to launch a Voice over Wi-Fi service during the summer.