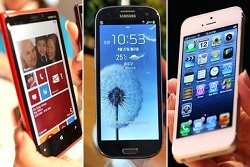 UK regulator Ofcom is aiming to move digital TV services and wireless microphones off the 700MHz band by 2022, to make it available for mobile broadband use.

The regulator has launched a consultation into changing the allocation of the 700Mhz band in order to meet the predicted 45-fold increase in mobile data use by 2030. If Ofcom is given the go-ahead, it would follow other countries who are also exploring the use of 700MHz for mobile broadband.

Among the benefits of using the spectrum for mobile broadband is that it is the only one available for “widely harmonised spectrum use” for the forseeable future, according to Ofcom. France, Sweden and Finland have already announced plans to use the band.

Ofcom also said manufacturers would benefit from economies of scale when it comes to building handsets and network equipment. The spectrum can also punch through walls and other obstacles much easier than higher frequencies.

The regulator added that it expected operators to pass on the benefits of more widely available spectrum to consumers, with an expected reduction in prices for data services.

Under the Ofcom plans, the release of 700MHz spectrum would follow that of 190MHz worth of frequency in the 2.3GHz and 3.4GHz bands, which are currently held by the UK’s Ministry of Defence and will be made available during the 2015/16 financial year. Ofcom said it hoped the auction for the spectrum could be held as early as 2016 but said a 2020 auction was the likeliest outcome.

Ed Richards, Ofcom’s Chief Executive, said: “Ofcom’s role is to ensure the UK makes the best and most efficient use of its airwaves, which is vital to enable UK’s digital economy to meet consumers’ needs. Our plans will allow digital terrestrial TV to thrive, while ensuring the UK’s mobile infrastructure can support consumer demand and economic growth.”

Ofcom said the plans would not hugely affect digital terrestrial television viewers, with an estimated 0.5 percent of the UK’s population required to change their roof-top aerials and the vast majority needing a retune of their existing television equipment.

The consultation closes on 29 August, with Ofcom expected to publish its plans in late 2014 or early 2015.