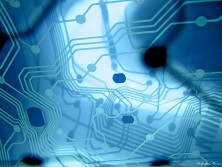 Telefónica has teamed up with Red Hat and Intel to build a new virtual infrastructure management platform based on open source software.

The project will become part of the Spanish operator’s recently created Network Functions Virtualisation Reference Lab, which is aiming to help partners and vendors test and develop virtual network functions that will sit at the upper service orchestration layer.

The lab will be based on Red Hat’s Enterprise Linux operating system and also use the vendor’s OpenStack Platform, which will manage a range of hypervisors and virtual machines. It will also use Intel’s Xeon E5-2600 V2 processor and OpenFlow enabled switching equipment.

The three companies will contribute engineering and testing resources, along with working with partners and the open source community. Each said that the project will fit into plans by the European Telecommunications Standards Institute to develop a common architecture for network services to run virtually on off-the-shelf hardware.

Telefónica said the lab and collaboration were the next steps in its Unica infrastructure project, which aims to virtualise 30 percent of its network by 2016. Unica is set to launch formally next month, with plans to virtualise functions in Spain and the United Kingdom before the operator turns its attention to other markets.

Enrique Algaba, Network Innovation and Virtualisation Director at Telefónica, said: “For NFV we need to avoid closed and non-interoperable environments, which would hamper its widespread adoption. For that purpose, we have launched the Network Functions Virtualisation Reference Lab, where Telefónica, along with key players from the industry, is working to enhance baseline virtualisation technologies from the open source community and contributing them back to the upstream community, to avoid technological fragmentation.”

Rose Schooler, Vice-President and General Manager, Communications and Storage Infrastructure Group, Intel, said: “By applying our experience of cloud technologies and business models along with our server and virtualization technology leadership to NFV applications, Intel aims to improve total cost of ownership and reduce time-to-market for applications for service providers, Through our work with Telefonica and Red Hat on this new lab, we will enable a broader ecosystem of developers that will accelerate the commercial availability of NFV solutions.”