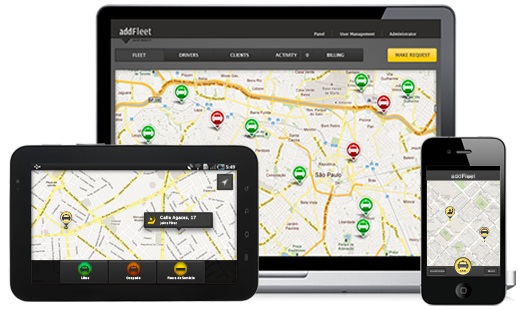 Only two M2M ecosystems are on the verge of a market "breakthrough", according to Arthur D Little Associate Director Ansgar Schlautmann.

All the rest are still in a "trial and error" stage, due to combination of underdeveloped ecosystems,  a lack of tangible user benefits, and there being no dominating players.

Speaking at a seminar held by European Communucations, titled "Beyond Connectivity", Schlautmann said that the Fleet and Freight Management and Security and Surveillance sectors are the only two sectors achieving market "breakthrough".

In both these sectors, there exists the required blend of regulatory and governmental pressure, market demand, technical feasibility and significant players who are able to consolidate an ecosystem.

Other sectors offer thinner rewards, however. Automotive is a "difficult" sector for telcos to access because of scepticism in that sector about telcos' ability to deliver added value. Schlautmann said he didn't agree with that portrayal of telcos, but said it still made it difficult to access the sector.

Schlautmann added that he "can't see" payments, vending and NFC becoming "mass market" in Europe, and added that metering and monitoring, often touted as a key vertical, offers little beyond basic connectivity revenues. Schlautmann  also pointed out that "no other market" is so dependent on regulatory and legislative drivers – referencing eCall and smart metering as example. "If smart metering was not regulated then there would be no market at all," he said.

But it was for the e- and m-health market that he expressed his strongest reservations.

"Health is certainly not a revenue driver for the Internet of Things space in Europe." he said. "That's definitely different in MENA, but for Europe I think the telco providers have probably saddled the wrong horse," he said.

Why? Well, Schlautmann said that the key to IoT market success lies in how value is distributed along a very long chain. Although connectivity would account for 15-20% of value, service enablement would account for a 30-40% share on its own.

In other words, the key revenue driver within the IoT market will not come from connectivity and numbers of connections (SIMs and network access) but from "service enablement" – the ability to offer QoS, enhanced applications, to actually manage and monitor services. Therefore, markets that would most benefit from service enablement capabilities would offer the highest revenues.

"It's not about the number of devices." he said, "it's about revenue." To build revenues, telcos will need to develop ecosystems that let them orchestrate and develop services, so that they can benefit from the created value. At the moment, most markets exhibit far too many players, operating in too small spheres of influence. Telcos, by partnering, co-operating and forming alliances with partners throught the value chaing, could drive the sort of ecosystem consolidation that is required, he said, to drive "breakthrough" revenues.

DT is the furthest down this line, he said, "at least theoretically". Orange is the next closest, with Vodafone and Telefonica both wanting to move up the value chain, but not having done so yet.

James Monighan, Director of Strategy for Telefonica UK's M2M division, said that the operator was co-operating to develop vertically-based services that are based on a global capability provided through its partnership with M2M platform provider Jasper Wireless. He gave as examples partnerships with addFleet, ChargeMaster and Masternaut – all examples where the mobile operator has worked together with other partners to "make this a credible opportunity".

"What is our strategy? To go beyond connectivity. It comes back to the services you can run over the devices, and we can only do that by building an ecosystem," he said.