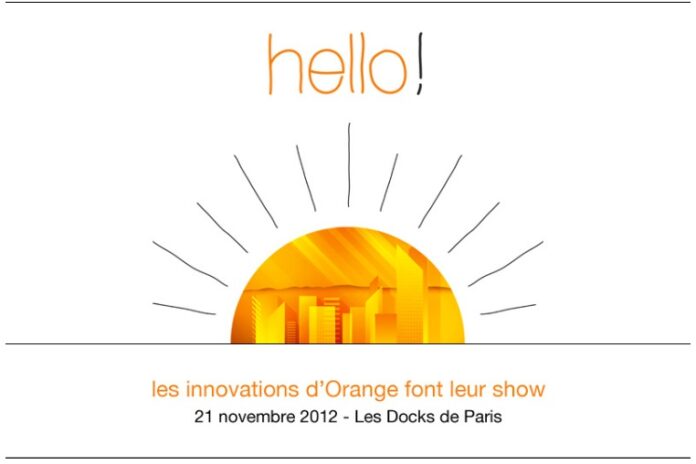 RCS and IP comms, OTT and cloud services all on the cards

Orange CEO Stéphane Richard has announced (or in some cases re-announced) a slew of product, network and service announcements at an event held in Paris this morning.

Richard said the announcements showcase service and product innovation at the operator, and added that the operator was committed to “provide the best communication services with a guarantee of simplicity and universality that you will not find elsewhere.”

Orange will be launching Joyn services from June 2013.

Joyn is the brand name that fronts services based on RCS-e specifications agreed by operators in February 2011. Orange said the service will be integrated natively in its new terminals. There were no further handset or service details, although Orange mentioned voice, video, chat and sharing.

The company will also be enabling a “click to call” functionality within Facebook chat, called Party Call. It’s partnering with Facebook on this service. This service will be available from the “first quarter” of 2013. The service will allow users to call Facebook friends from within Facebook. Users link, privately, their phone number to their Facebook account and then invite their friends to do the same. Two or more people can join in a conference call. RCS-compatible “features” will be added to the Facebook service “gradually”, the operator said.

The operator also announced a VoIP and IP Messaging app called LibOn – available on IoS from 21 November and on Android from the end of the year. The application offers free comms to users, includes a voice-to-text messaging feature, if a user is not present to answer a call and allows users to personalise their response depending on the profile of who has called them.

Recapping some of what we already knew, Orange confirmed it would will launch 4G services in Lille, Lyon, Marseille and Nantes in February 2013. Its first available tariff will be a business-orientated offering called 4G Special Edition, available with the Samsung Galaxy Note 10.1 and Huawei E392 dongle. Consumer 4G tariffs will be available from April 2013.

The operator will offer 200Mbps fibre to some users from February 2013.

Cloud: Universal back up, for photos, videos, contacts, music and messages in the Orange Cloud. From early December customers on the Origami or Open Office offers, or with a Livebox, will get 50Gb free storage. From February 2013 Fibre Livebox Play customers, and 4G customers, will get 100Gb free.

NFC: Orange said NFC “will become a reality in 2013” with 30% of its terminals being NFC enabled.

Business Together as a Service:
A cloud-hosted enterprise collaboration and communications solution for companies with over 250 employees. The service is already available in France and Europe and will be available in North America and Asia PAcific from Q2 2013.

Livebox Play: a new version of the Livebox available from February 2013.

The operator will enable Livebox VoIP integration with the mobile phone to allow users to call out over IP from inside the home, using their mobile phone number and oontacts. The application, Livephone App, is a free download on Android and IoS from November 2012.