More
HomeInsightsOrange to launch 4G NB-IoT network in 2018, happy to play it...
Insights 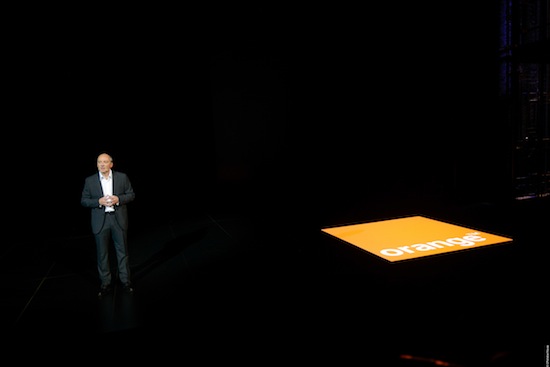 Orange is expecting to launch its first LTE-based narrowband Internet of Things network by 2018, with its imminent LoRa networks taking the strain in the shorter term.

The technology is in the process of being standardised and will allow operators to use their own spectrum holdings for low power, wide area networks.

The first such networks will be launched in early 2017. In the meantime, operators formed the LoRa Alliance to promote the use of a different type of IoT network.

Orange was a founder member and will have 15 networks ready to go by the end of this month. It used its annual hello product showcase this week to reveal it was handing out LoRa-based lamps and beacons to more than 5,000 staff.

The lamps will double up as a small cell, giving Orange staff an indoor boost to coverage. Speaking to Mobile Europe, Mari-Noëlle Jégo-Laveissière, Senior Executive Vice-President for the Innovation, Marketing and Technology (IMT) Division, says the plan is to ensure the different kinds of networks – micro, macro and LoRa – are running together without interference.

She says the LoRa-enabled lamps have a particular appeal for enterprises, which struggle with indoor coverage thanks to the nature of their offices.

With 5G and NB-IoT on the horizon, the expiry date of LoRa is a pertinent question. Jégo-Laveissière says although the technologies are a few years away, Orange needed to act now.

She says: “What do we need to do in between? We need an answer for LPWA very quickly, because the market is booming. We have been working on [LoRa] even if 2G connectivity is extremely high, at 98 percent of territory in France.”

However, even with the advent of cellular IoT, she still has faith in LoRa as an enabling technology. A 2G-based NB-IoT network will come at the end of next year, with LTE following around 12 months later.

Critics could suggest this is unambitious, but Jégo-Laveissière argues neither 2G nor LTE were designed from the beginning for the Internet of Things. 5G will be the first cellular technology to do so. “Even LoRa will be embedded into 5G,” she claims.

Europe has come in for criticism about its relative reticence over moving towards 5G in the face of south east Asia and the United States’ array of field tests and trials.

Ericsson’s CTO used last month’s Mobile World Congress to chide the lack of progress across the continent, adding he was pessimistic about Europe’s ability to set the agenda for 5G.

His concern does not stretch to Orange. Jégo-Laveissière claims suggestions that others are racing ahead is not quite accurate. She says: “They are only testing one part of it. 5G does not exist today.”

In her view, its focus on ensuring the requirements for 5G, whether it’s bandwidth speed and energy consumption, are clear before the technology goes through the specification process. She says: “Asians are pushing for bandwidth and speeds. Fair enough, it is important but it’s not just about the Olympic Games for 5G. We need to have energy consumption, requirements on network management.

“That’s why it’s important to be involved at the start of the process because if those requirements are not there, it will not come at the end.”