Panasonic to bring smart home system to the UK 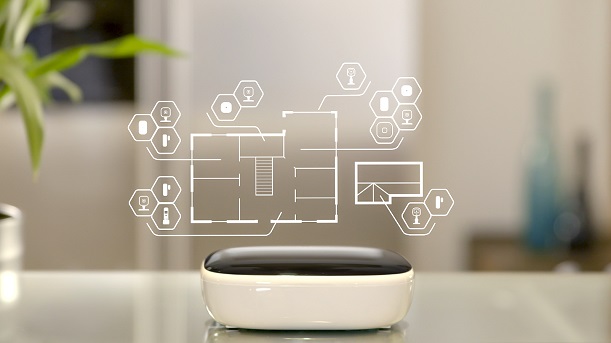 Panasonic is launching its home networking system into the UK, allowing consumers to control smart devices using a smartphone or tablet.

The system connects using DECT ULE technology, a low energy standard that has been used in the past to create cordless phones.

By pairing a smartphone or tablet to the system, consumers can control connected cameras, sensors and plugs through an app.

Among the features the system offers is two way communication through the smart cameras, and motion sensors that can be used to automate lighting.

Panasonic said the DECT ULE technology means that connected devices will not show up on a Wi-Fi network. Signals can propogate up to 300 metres, meaning consumers can secure remote sheds or garages.

Justin Burnell, Sales and Marketing Manager for Panasonic Smart Home at Panasonic, said: “Panasonic has designed the Smart Home system with the needs of the regular person or family firmly in mind. So far the industry has focused on producing smart devices with one, specific application. But what people really want is a system that helps simplify their life, not complicate it further.”

The smart home has been seen as one of the potentially fruitful areas of the Internet of Things sector.

Last month, Samsung and Telefónica said they were working together on a way of simplifying the Internet of Things ecosystem for the home.