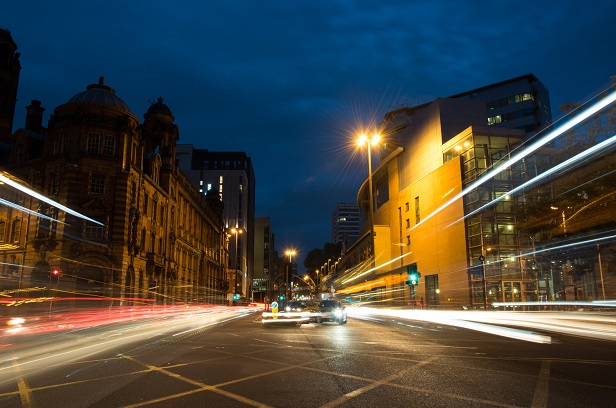 BT and Telefónica are set to underpin new IoT-enabled transport projects in the UK and Germany.

BT’s trial in Manchester will collect anonymised data from connected bike lights designed by See.Sense and feed it into BT’s centralised data repository.

The lights, which will be available at subsidised prices for up to 180 cyclists, can collect information about cycling conditions and traffic incidents.

Connecting to a smartphone app, they use the cyclist’s mobile network to send data to BT’s hub, which will then curate it for city authorities and developers to use in planning improvements to cycling infrastructure and implementing new policies in the city.

The trial, set to launch on 14 August and run until 2018, is part of the CityVerve project that aims to turn Manchester into a smart city.

BT has supported the project since its launch in 2016, providing various types of connectivity as well as its data hub.

The UK operator is also taking part in smart city initiatives in Milton Keynes, where it is providing a similar mix of technologies.

John Davies, Chief Researcher of Future Technologies at BT, said: “There are wide range of opportunities emerging from the real-time data collected from the lights and other sources stored in our platform, bringing valuable insights for the city’s infrastructure and policies, and helping develop a safer and better cycling experience for the people of Manchester.”

Meanwhile, Telefónica Germany is set to contribute data from its mobile network to the three-year ProTrain partnership, a government-funded project that aims to offer train providers with better information about passengers.

Working with seven partners drawn mainly from the transport industry, Telefónica Germany’s new NEXT business will analyse data from subscribers’ communications, including internet usage and calls, and provide findings to the project.

The data, which is anonymised in accordance with German data protection rules, will be combined with the datasets of other partners, including general operational information about rail, in order to analyse and predict passenger demand.

The project will initially be launched in Berlin and Brandenburg and expanded to other areas of Germany later.

NEXT, which was established last year to focus on data analytics and IoT opportunities, has previously provided network data in transport planning projects by the Fraunhofer Institute Industrial Engineering (IAO) and in the measurement of air quality in Nuremberg.

“Our anonymised mobile network data gives the project important information on where many journeys begin and end. Consequently, the data maps which travel routes are most in demand from start to finish – even if there is no railway link there yet,” said Dr Nicolaus Gollwitzer, CEO of Telefónica NEXT.

Earlier this week, NEXT opened its IoT platform to developers.