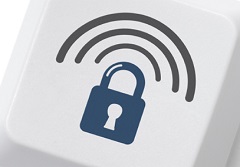 Rostelecom has revealed that it rolled out Nominum’s Wi-Fi security products to protect its mobile network during the Sochi Winter Olympic and Paralympic Games.

The US-based vendor’s DNS-based solution, Vantio ThreatAvert, was deployed to ensure the city’s free Wi-Fi hotspots were available to its sudden influx of visitors.

The product works by using DNS data to protect the service provider from attacks from botnets on the likes of routers, DNS servers and gateways, websites and users.

ThreatAvert uses Nominum software, which gives a real-time update on threats from malicious domains and URLs. The list is constantly updated, helping Rostelcom to protect its network and surrounding infrastructure from attacks.

Muslim Medzhlumov, Head of Network Security Development at Rostelecom, said: “With a sudden increase in users on our network we needed a solution that would both protect users and our network assets. Vantio ThreatAvert was selected because of the complete protection it offers and the added ability to prevent inappropriate content being viewed. These threats slow internet speeds, reduce service and damage brand reputation.”

Sanjay Kapoor, SVP Business Strategy and CMO, said: “It is vital that visitors using Wi-Fi hotspots are able to access communications services without having to face any personal risk, but also CSPs need to equip themselves with defenses that ensure their networks operate seamlessly and deliver a safe and reliable internet experience.”

The sheer scale of the challenge operators faced during the Sochi Winter Olympics was illustrated by recent statistics from Rostelecom rival MegaFon.

It found that during the 18 days of the games, attendees consumed used some 500TB of data, the equivalent of downloading 3.3 billion photos on Instagram, and spent 100 million minutes talking on their handsets. The telco spent just over €2 billion upgrading its network in anticipation of the expected surge in traffic.