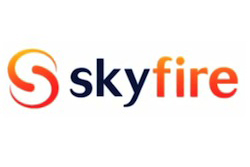 Skyfire has unveiled new optimisation capabilities for Rocket Optimizer, its video and data optimisation platform for mobile, that it claims will stop audio stalling whilst streaming.

Opera Software-owned Skyfire said the new functionality can automatically detect when a mobile user’s audio stream is about to stall before it happens, and adapt the stream to fit the available capacity in the network. By doing so, listeners will be able to continue the stream uninterrupted.

Findings by research firm Strategy Analytics into the habits of mobile users in the US, China, France, Germany, Spain and the UK revealed that 77 percent of mobile users listen to music on their phones, with 70 percent claiming to do so once a week or more.

In June, Swisscom said its streaming services for video and music account for 65 percent of the total data volume over its mobile network.

Skyfire claims the cloud-based Rocket Optimiser provides users a 60 percent boost in bandwidth capacity. It supports both MP3 and Mp4 stream formats, and can also convert streams to the AAC+ codec, which allows high-quality audio to be delivered over lower bitrate connections.

“Rocket Optimizer’s audio optimization saves bandwidth where it is needed, while improving the overall consumer experience.”

Last week, Opera Software entered an agreement with Microsoft that will see Opera Mini become the default web browser on a selection of its handsets.