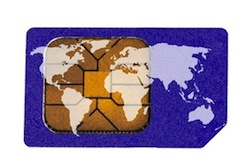 The European SIM market remained flat during 2014, despite making in-roads in NFC, LTE and M2M, new figures from the SIMalliance have revealed.

The trade organisation said the continent was “technically progressive”, despite the static market. NFC SIM shipments increased by 86 percent to 26 million across Europe last year. Growth outperformed that of the global market, which saw units rise by 69 percent to 132 million units.

The alliance said the increase in NFC SIMs demonstrated the technology’s “security and usability” benefits. It said there were more than 150 SIM-based NFC launches by the end of 2014.

Shipments of LTE SIMs were up 330 percent to 540 million, with Greater China (270 million) overtaking North America (138 million) as the world’s biggest market. The alliance said Europe had “solid” growth, with shipments hitting 18 million.

However, Europe was a big driver in the embedded SIM market, as demand for M2M applications led to a 106 percent increase in shipments.

The alliance found nano-SIMs had the largest level of growth among the numerous form factors at 135 percent. In 2014, nano SIMs accounted for nine percent of the total market, up from four percent in 2013.

SIMalliance Chairman, Hervé Pierre, said: “A 7.2% market expansion, together with an 11% uplift in SIMalliance member shipments across 2014, shows that despite regulatory, economic and market maturity challenges continually faced by individual countries, the SIM industry is thriving.

“Innovation across the marketplace is driving an evolution in SIM products and the industry continues to ensure that current and future business requirements are front of mind.”

Pierre said the NFC market had a “progressive” year in 2014, thanks to the launch of Apple Pay. He said: “The future NFC landscape will certainly consist of SE-MNO [secure element] and eSE-OEM models, together with hybrid deployment models, and the co-existence – even convergence in some cases – of different NFC technologies opens up unlimited opportunities for all NFC stakeholders.

“The continued expansion of the NFC market is welcomed by SIMalliance as it will serve to further expedite growth in the whole SE market.”

Gemalto to bring tap to pay travel services to China