More
HomeAccessWhy WRC12 could be the most important conference for mobile industry this...
AccessInsightsRegulation / M&A 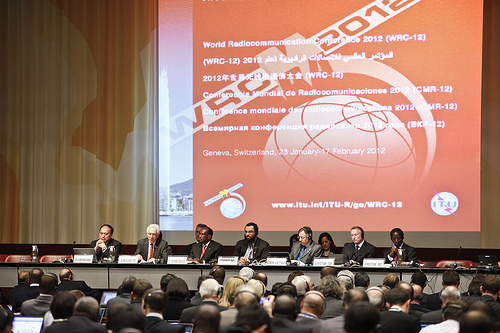 The mobile world is waiting, preparing and girding itself for the annual glitz and grind of Mobile World Congress next month. But there is an event going on right now that has the potential to decide issues as significant for the future of the global mobile industry as anything discussed at MWC.

This is an event that is held only every three or four years, has no awards, celebrity parties, product launches or other shindigs. But it does have 3,000 top level regulators, legislators, technical advisors, lobbyists, liaison officers and other Governmental and quasi-Governmental officers from across the world. And it goes on for four weeks, from 23 January to 17 February.

The event is the World Radiocommunications Conference, known this year as WRC12, an ITU-run event held to discuss the future of radio spectrum allocation, and to place into binding international treaties regulations for the use of that spectrum.

Discussions at WRC work in two ways. First, the conference will seek international agreement on 35 agenda items that have formed the basis for four years’ deliberations and working group recommendations since the last WRC, held in 2007, determined the agenda for 2012. In this sense, according to Francois Rancy, Director of the ITU’s Radiocommunication Bureau, the WRC is just the “tip of the iceberg” of four years’ of work.

WRC will also look forward to its next meeting, in 2015, and place items on the agenda for 2015 that will set the direction of the next three year’s of working groups, SIGs and the like. WRC is a culmination, then, of ongoing work, negotiations and horse-trading. It also sets the ground rules and terms of reference for the next bout of discussions. “Every comma,” Rancy said, “matters.”

So what does WRC actually decide – and specifically what impact will those decisions have on the mobile industry?

In short, the WRC decides on global, harmonised radio spectrum allocations: from TV, to aviation use, to satellite and mobile broadband services. It binds those regulations into international law that all countries must agree to. This is vital because, as Rancy said to Mobile Europe, “Radio waves ignore borders.”

NEW SPECTRUM ALLOCATIONS FOR MOBILE
The mobile operators are represented, in part, at the WRC by their industry body, the GSMA. Roberto Ercole, Senior Director, Spectrum at the GSMA, told Mobile Europe that the GSMA’s principal aim this time around is to have an agenda item adopted for WRC2015 that will allocate additional frequency for mobile broadband services, thereby laying out which frequencies will be available from 2020 and beyond.

The mobile industry is concerned that although WRC2007 laid out frequency bands for mobile services in digital dividend spectrum at 800MHz, and also at 2.5GHz, that will not be enough to support the remarkable growth in mobile data services the industry has seen since 2007. The ITU’s prediction of mobile service demand was made in 2005, two years before the launch of the iPhone.

A piece from industry analyst Analysys Mason, written for the ITU’s own newsletter, argues that:
“Worldwide, it has been estimated that mobile traffic volumes in 2010 were seven times higher than those previously forecast in 2005, in preparation for WRC‑07, in ITU–R Report M.2072, World mobile telecoms market forecast. Both the volume and composition of mobile traffic have evolved considerably compared to industry expectations when ITU prepared M.2072.”

Ercole made the same point in a piece he wrote for the ITU, outlining the GSMA’s case and need for the 2015 agenda item. The UMTS Forum has also leant its shoulder to the wheel, publishing a White Paper titled ‘Spectrum for future development of IMT-2000 and IMT-Advanced’. The UMTS Forum urges the ITU to examine spectrum requirements for IMT, prior to timely identification of further bands. Specifically, it recommendeds that:

•    The World Radiocommunication Conference 2012 (WRC-12) should adopt an Agenda Item for the WRC-15, allowing the identification of additional IMT spectrum;
•    The ITU Radiocommunication Sector (ITU-R) should conduct during the next study period (between WRC-12 and WRC-15) thorough studies on future IMT spectrum requirements;
•    The ITU should urge countries to coordinate their actions in order to harmonise IMT spectrum both before and during the WRC-15.

There is a perceived need, then, for an agenda item that will bring together a working group to assess bandwidth and spectrum demand, identify likely candidate frequency bands, recognise any problems in harmonising on those spectrum bands, identify any likely conflicts and so on.

Rancy pointed out that 800Mhz spectrum, identified at WRC2000, is only just coming online. 2.5GHz spectrum, allocated for mobile services at WRC2007, is still, mostly, completely unused. So the WRC moves a long way ahead, up to 5-10 years, of actual market implementation. That makes the correct identification of spectrum even more important – given that the industry needs certainty to bring economies of scale to the chips, devices and equipment that will operate in those bands.

“As much as possible having the same bands across the world, or regionally, boosts ecosystems, so driving the cost of devices down by having a bg enough market to encourage innovation and offer the products people want. That’s why this is important,” Ercole said.

Whatever frequencies WRC15 eventually decides, there seems little doubt that there will be an agenda item in place to decide on additional spectrum. With six regional bodies approving the item, its place looks secure.

Rancy added, “Clearly there is a need for more spectrum and this is why we all expect the agenda for the next conference will include new allocations which in turn will be used by 2020.” So discussions over the next three weeks will focus on the terms of that agenda item, the make-up of the working group, and the scope of the working group’s recommendations.

The GSMA’s Ercole did not want to be drawn on what likely the likely additional frequency bands would be. Analysys Mason’s analysts, however, identified the potential for a second digital dividend, at lower frequenciesthan 790MHz  — but said that any such proposal would be controversial as it would impinge on plans for digital terrestrial TV use at those frequencies. In many cases TV signals have just been moved to those lower bands to free up 800MHz.

The “protection” of TV services is already a current concern of some governments at the WRC, according to Rancy, so further inroads into TV spectrum in favour of mobile services could be even more unwelcome.

AVIATION INTERFERENCE at 800MHz
There is one other live item of interest to mobile operators that does look set to be decided at WRC12, and that is the issue of dealing with interference between proposed mobile services at 800MHz and the current use of that band in many Eastern European countries for aviation communications.

Ercole said that Russia’s competing use of the digital dividend spectrum initially led to it demanding a 400km exclusion zone. That would have meant that in countries such as Poland and Finland, mobile use of those UHF frequencies would have been virtually impossible. But a solution seems to be in sight. For instance, Ercole said that Russia’s demands have come down to a 30km zone, which would help considerably.

Rancy said that there have been four years of talks to resolve these issues – and that he is hopeful that as a result there could be a “series of bilateral agreements that ensure the relocation of these systems into lower parts of the UHF band below 790MHz.” In other words, in some cases countries will agree to shift their aviation communications to lower channels, freeing up the 800MHz range for mobile services. The benefit of this approach, Rancy said, is that it would enable countries like Russia to use the 800MHz spectrum for mobile broadband as well.

“No country wishes to be out of step with what has been harmonised worldwide for broadband,” he added.