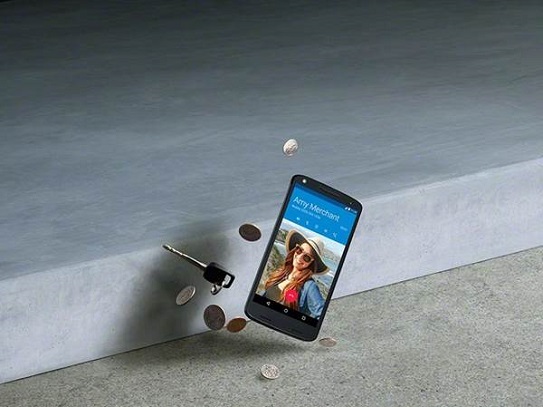 If you are one of the thousands of people rendered furious because your smartphone screen is seemingly made of transparent biscuits and cracks at the slightest bit of pressure, then Motorola has the device for you.

It claims its X Force handset is shatterproof, with Motorola promising to replace it if the screen breaks because of non-deliberate abuse – it dropping to the ground, in other words – during its first four years of life.

Cheeky smartphone manufacturers have been touting “shatter resistant” for some time, a marketing term so flimsy it actually breaks if you stare at it hard enough. The X Force should hopefully mark the first of many handsets that are positively toddler-proof. Sort out battery life next Motorola.

Unlimited data plans have been on the way out for some time, after operators realised that consumers could hammer their LTE networks pretty hard for a comparatively low monthly cost.

Sprint has tried to do something different, offering US customers a data plan for $20 per month that is unlimited. Unless you read the small print. As The Verge noted, only the first 1GB of data is across 4G before traffic is kicked back onto a 2G network. Not even 3G! That means you can browse the internet at dazzling speeds of 300kbps! Send a 5MB file in a staggering five minutes!

As marketing campaigns go, this is pretty shameless and one that will have consumers running in the opposite direction.

What the world is waiting for

Also in the United States, Verizon became the latest company to vow to make the Internet of Things simpler this week, bringing the number of telcos trying to do so to at least several million at last count. Its project can’t be faulted for ambition, spanning the smart city, agriculture, healthcare and consumer electronics. It has also followed Ericsson’s lead in using IoT to improve winemaking, something we definitely approve of.

It has built a core LTE Category 1 network to place cellular connectivity alongside the likes of Wi-Fi, Bluetooth and ZigBee. Its ThingSpace platform is targeted developers to help them build applications that enterprises can use to manage devices through an open environment.

Its smart city plans are particularly eyecatching, with Verizon offering solutions as a service spanning video, lighting and traffic management. Mike Lanman, Senior Vice-President Enterprise Products at Verizon, said: “Smart cities are complex. They work best when their systems can coordinate and communicate with each other seamlessly.  What is the correlation between a street light and public safety, or parking and traffic flow?

For a long time, HTC was the go-to maker of Android handsets, offering affordable and intelligent phones that showcased the best of Google’s operating system. Then it failed to keep up with Samsung’s all-encompassing sweep across the market and the emergence of low-cost Chinese handset makers like Huawei and Xiaomi.

Now its future appears very uncertain. After years of sharply declining sales and profits, it said it is no longer giving any guidance when it announces its financial results.  As Wall Street Journal and others reported, HTC’s Chief Financial Officer and sales head Chialin Chang told a conference call: “Given the dynamic nature of this business, we have decided not to provide that sort of detailed financial forecast.”

HTC does not have to give guidance of this kind in its financial results and its new found silence is something it shares with many other companies. However, it is another sign of how badly HTC failed to cope with the changing smartphone market. Motorola has demonstrated in recently years how a fallen giant can turn itself around. It could happen with HTC, but don’t expect any predictions.