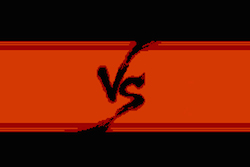 The big beasts of Scandinavian infrastructure took to Twitter last week to slug it out for bragging rights over carrier aggregation innovations.

Dubbed #worldfirstgate, the row centred on Ericsson’s announcement earlier this month that it hit a “world’s first” in reaching downlink speeds of 260MBps using FDD/TDD carrier aggregation on commercially available software and hardware.

Not so fast, hit back Nokia Networks. It pointed to a demonstration it held with China Telecom on a user-device chipset in September, hitting the same speeds in a carrier aggregation test.

Ericsson argues the “commercially available” nature of the hardware and the software mark it as a truer “first”, as getting this technology to a commercially ready state is the real challenge.

Nokia maintains it was first to test the technology on available chipsets, also pointing out its demonstration at Mobile World Congress in February

Claiming who was first is effectively a neat piece of marketing and PR but the fact this bunfight actually happened in public shows just how key carrier aggregation is becoming for the industry.

As Arne Schaelicke, Nokia Networks’ LTE Marketing Manager, notes: “This clearly underlines how this is an important topic.”

According to Per Narvinger, Head of Product Area for LTE at Ericsson, the industry is evolving rapidly in terms of the demands from consumers and what operators and vendors can do to satisfy that.

He says: “Demand is going up. Because of increasing demand for video and the like, consumers expect [their mobile service] to work everywhere. The challenge is indoors.

“[The opportunity we see] is to add more and more bands and aggregate them together. We can also complement this with small cells on the macro level.”

One key area that has stimulated activity is innovation on the device side. Nokia Networks’ Schaelicke says: “The iPhone 6 has a load of funky features but it now supports 20 frequency bands. That’s a record. Five years ago there was a lot of concern that we would never get beyond handsets that support four.”

The majority of European operators are using FDD spectrum, which lies at lower frequencies. But as more spectrum becomes available, from a range of difference sources, FDD-TDD carrier aggregation will become a central part of operators’ strategy.

Schaelicke says: “Making use of unpaired spectrum allocation is a huge potential for operators. In Europe, the vast majority of them have FDD up and running. They are on lower frequencies which gives them better coverage, but for urban metropolitan areas [carrier aggregation] can be used to get greater capacity out of the network with the likes of small cells.”

As peak data rates break through the 100MBps barrier (on Category 3 handsets), 150MBps (Category 4) onto 450MBps (Category 6 handsets that will become mainstream in 2015), the overall customer experience will improve, regardless of the type of handset they are using.

Narvinger says: “The highest peak rate is key. It’s more important for those who have poor quality or are at the cell edge. It makes a huge impact. This is why there is so much focus in the industry to make this happen.”

He adds that high frequency TDD spectrum will become more lucrative. He describes the ideal situation as operators using FDD for coverage and TDD for capacity. “This technology will increase the value of TDD spectrum so operators will use it to boost the end users’ experience on their network.”

At Ericsson, Narvinger claims he had to redraw his expectations about how quickly FDD-TDD carrier aggregation would develop. He says: “A year ago I would have said it would be far away but there’s much more traction and it will happen quicker.”

While tri-band tests are underway, Nokia Networks held a demonstration of the technology’s potential by showcasing speeds of 3.8GBps across nine bands of TDD and one of FDD in a test with SK Telecom this summer.

One area Ericsson and Nokia Networks do agree on is the increasing appetite for carrier aggregation to improve network performance. Regardless of how the technology develops in the months and years to come, one thing can be certain. We can expect more rows as the battle for innovation and bragging rights gets even more heated. ​