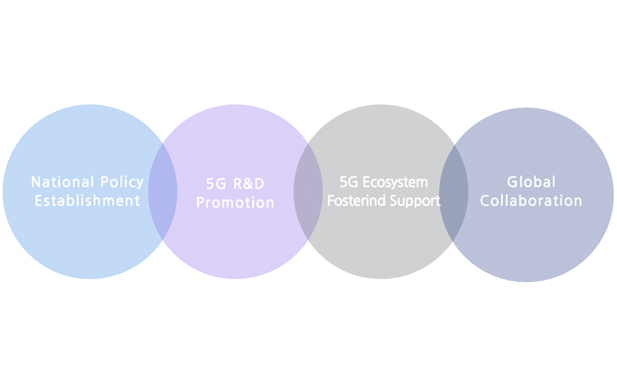 The Wireless World Research Forum (WWRF) has signed a memorandum of understanding with the 5G Forum of Korea to develop a roadmap for 5G networks.

The organisations will work together towards creating a “worldwide standard” for 5G through a phased approach for network migration that can be adopted worldwide.

Nigel Jefferies, Chairman of WWRF, said such an approach was key to tackling the major challenges facing 5G such as costs and ROI, which otherwise threaten to cause “major disruption” in the mobile industry.

The agreement was penned this week at the 5G Huddle event in Copenhagen.

The conference also heard all-too familiar questions raised around the subject of 5G which, despite the hype, largely remains an equivocal concept for the telco industry.

Prof. Rahim Tafazolli, Director of the University of Surrey’s 5GIC, said: “We’ve developed grand visions about what 5G will deliver, but will the reality be? Do we risk rushing into 5G and only achieving higher and higher speed, or will all these efforts actually deliver new things that will help verticals and have societal benefits?”

Jorgen Abild Andersen, Chairman of Committee for Digital Economic Policy (CDEP), said that there had been “too narrow a focus” in regards the requirements 5G should meet, which have so far largely been focused around speed and coverage.

Andersen said: “We need a whole-government approach toward building a digital economy. 5G should be considered an element of the entire digital economy. Choosing the right digital strategy is key.”

MoUs relating to 5G continue to mount up, with a major agreement signed between Europe and China last month coming amongst a number of inter-company agreements, the most recent of which being between Ericsson and LG Uplus.