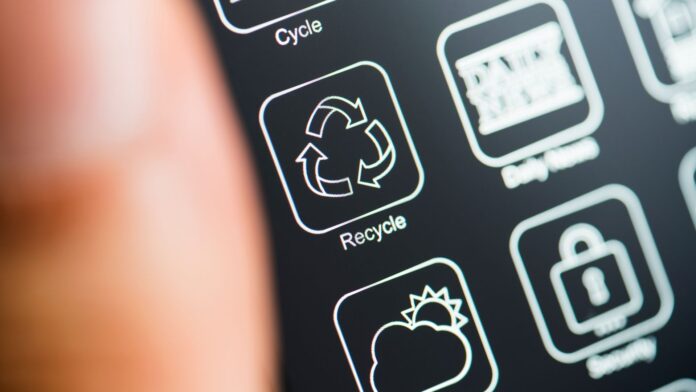 Sponsored: Taking care of the planet is a critical mission that the telecommunications industry needs to address.

The evolution of technology has been extremely fast in the last decades. Equipment or apps that were once elements of a futuristic imagination are now part of our everyday lives. As with any other industry, this continuous advance has unfortunately also contributed to a growing impact on the environment.

The Waste Electrical and Electronic Equipment Forum (WEEE Forum) estimated that around 57.4 million tonnes of electronic waste were generated worldwide in 2021, a sum that outweighs the Great Wall of China, the world’s heaviest human construction. According to the association, only 17.4% of the world’s electronic waste is properly recycled.

Taking care of the planet is a critical mission that the telecommunications industry needs to address.

Companies need to do this through structured plans and actions that ensure results and the achievement of sustainability in mobile management.

The FreeMove Alliance, world-leading mobile group, has taken this task very seriously. Its members have effective programmes in place that strive for a circular economy across different countries, approaching the reduction of waste, energy consumption, CO2 emissions, and material usage.

The Deutsche Telekom Group recycles and reuses devices in many countries in which it operates. In Austria, its subsidiary Magenta Telekom has saved more than 119 tonnes of iron equivalents, reduced energy consumption by 231,855 kWh, and decreased emissions of 70 tonnes of pollutants through the recycling and reuse of devices. With the Magenta Refurbished program, the carrier refurbishes used mobile devices in good conditions and sells them again for reduced prices and a two-year warranty, allowing customers to be part of this circular movement and save money. The operator partners with a non-profit IT company that employs people with disabilities for the refurbishment process of the devices.

In Greece, the OTE Group has collected 15 tonnes of mobile phones in the last 18 months. For each tonne, the company has donated € 1,000 for the environmental organisations “Philodasiki Enosi Athinon” and “Kallisto”, which support the environmental education of children and young people.

In the United States, T-Mobile collected more than 7.9 million devices for reuse, resale, and recycling only in 2020, including mobile phones, smartwatches, tablets, hotspots and IoT (Internet of Things) items. It also accepts other kinds of equipment in its retail stores, such as batteries, chargers, accessories, and netbooks.

Orange has been involved in device recycling for ten years and has collected more than 15 million phones in all countries where it operates. Once collected, the equipment goes to a partner company that sorts and recycles the cell phones, restoring the ones that are in good condition. These are offered again to the market at competitive prices and a one-year warranty in France, Belgium, Luxembourg, and Spain. According to the carrier, buying a refurbished phone is a trend that is growing especially among customers from 16 to 34 years old.

But Orange also aims to encourage businesses to manage their devices consciously. In Belgium, its programme Business BuyBack recovers old smartphones and tablets from businesses that want to purchase more recent devices. If the company recycles a minimum of ten smartphones, Orange picks them up at the customer’s office, free of charge, and the amount of the trade-in can be used to purchase new devices. If the idea of the business is just reusing the phones, they can be converted into an MP3 player or a satellite navigation device, given to a charity, or recycled.

The recovery of electronics is also strong in Orange Spain. In the last two years, it recovered 2.37 million devices in the country, from which 1.98 million were routers and 389,000 were mobile devices. The collected routers are sent to repair centres, while the smartphones are properly erased and recycled. The operator also developed an ecological design for some router models, using recycled plastic casing and FSC certified cardboard packaging in their manufacturing.

Telia has developed a return scheme of smartphones and tablets for its customers in Norway, in which they can give their old mobile devices to the operator and receive a voucher with their corresponding value. In 2020, Telia received 58,000 phones as part of this programme and 95% of them were reused. Customers can get a new phone at a reduced price, using their voucher within one year.

The telco also says it will increase sales of used mobile devices, as well as phones sold “as a service”. Device as a Service allows corporate customers to rent the phones and return them to Telia when they are no longer in use or when an upgrade is needed. These phones are reconditioned for reuse – which happens in 95% of the cases – and the rest is recycled.

In Italy, TIM has launched a new line of solutions and services with low environmental impact. Called TIM Green, it aims at reducing emissions and meeting the principles of a circular economy. As part of this line, the company adopted the ‘green SIM’, which has half the size of a regular SIM and is made of 60% recycled plastic with a biodegradable packaging. According to the group, this will reduce the plastic usage by around 13 tonnes a year. Other actions of TIM Green include selling refurbished smartphones and adopting eco-design criteria for modems, phones, and other products, such as the use of recycled and recyclable materials.

The FreeMove Alliance was created specifically to assist multi-national corporations with their unique mobility challenges. Since 2003, FreeMove Alliance members and partners provide clients a mobile connectivity hub that spans over a hundred countries, enabling multinational corporations to rely on the best mobile networks wherever they do business. Get in touch to explore how to leverage the power of global mobility.