More
Home5G & BeyondBest of 2014: Most read stories of the Year
5G & BeyondInsights 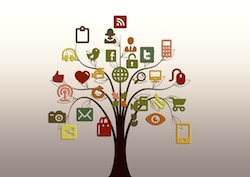 The most read stories of 2014 showed the diversity of topics affecting the in-trays of operator executives across Europe. Readers’ most popular stories included areas including virtualisation, SIM card innovation, chipset manufacturing and Voice over LTE.

However, this did not stop research from Infonetics about how trials of the tech sharply rose in 2014 being the most popular story of the year.

The research, which Mobile Europe first reported on in April, found the technology was increasingly moving from the lab into the field as operators became more comfortable with it.

Mobile payments had another mixed year, as operator excitement largely failed to be matched by consumer demand. Operators looked elsewhere to reap the potential of mobile devices in the retail sector, with EE’s use of heatmapping technology one of many examples.

As the year drew to a close, attempts by the UK government to enforce widespread connectivity were greeted with horror by mobile operators. One MVNO capitalised on the controversy, issuing a new SIM card that enabled users to jump between the country’s four operators.

In October, Truphone was awarded a patent for technology allowing SIM cards to automatically switch identity when they enter another country.

VoLTE became more popular as 2014 progressed, with operators announcing widespread implementation of the technology, or plans to trial it. Mobile Europe got a sneak peek of its plans when it visited its north London testbed.

Qualcomm was one of many chipset makers vying for domination in consumers’ smart devices in 2014. Competition was rife as rivals pushed the envelope of technology into the LTE-Advanced era of 4G. However, Qualcomm was the one to beat, with research in February revealing it had sewn up more than half of the smartphone market.

One unusual critic of the tumult of 5G hype during the past 12 months was the industry body GSMA. It called for a reality check about exactly what the technology should do, amid a wave of marketing teams trying to beat each other with fresh benchmarks.

While EE was excited about the potential of its voice over Wi-Fi and LTE technology, it later admitted to the difficulty of launching the former. However, the UK’s biggest operator, which was subject to a December takeover bid by BT, stressed it would launch the service by the end of 2014.

In February, UK joint venture Weve launched a new loyalty scheme for retailers. The joint venture between EE, O2 and Vodafone was an advocate of the potential of mobile phones for marketing and payment purposes, despite the services taking more time to catch on than hoped.