More
HomeInsightsCan the wearables space move beyond the smartwatch?
Insights

Can the wearables space move beyond the smartwatch? 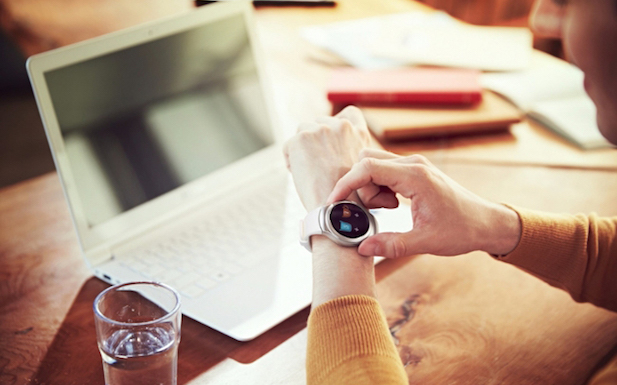 Despite the continued hype around smartwatches, many agree that Apple and Google have it sewn up and suggest the wider  wearables market offers more opportunity.

This week CCS Insight said the wearables market, comprising smartwatches, fitness bands, augmented and virtual reality headsets and GoPro-style cameras, will be worth $25 billion (€22.5bn) by 2019, a threefold increase on this year.

Western Europe currently accounts for around half of that, with sales across the continent worth $4.2 billion (€3.78bn). Smartwatches are driving value, with the predicted five million units sold this year bringing in $2.5 billion (€2.2bn).

These devices will remain the engine room of value for the sector, with unit sales tripling over the next four years. By 2019, they will account for half of the total wearables market.

Smartwatches remain tied to smartphones. Huawei’s long-mooted device goes on sale across France, Germany, Italy and Spain this month, priced between €399 and €699. The Android Wear powered watch will notify users of calls, texts and emails, with sensors helping to track how active a user is.

Does a smartwatch’s reliance on a handset mean the market will move in the same direction? Apple and Google have carved up the smartphone market between them, with the former dominating the high end and the latter taking advantage of the ubiquity of Android, even if handset manufacturers are struggling to make much, if any, money from it.

Recent research from IDC said that Apple’s entry into the wearables space with its Watch gave the sector a boost in publicity but also raised the stakes. It argued that the Watch has become the benchmark by which all  other smartwatches will be measured, similar to how the iPhone became the byword for handset innovation.

“I think [the market] is going to go to Apple and Google, mainly because the alternatives struggle with market presence and distribution,” says IDC Research Manager Ramon Llamas.

However, CCS Insight’s Jijiashvili argues that limiting the discussion solely to smartwatches underplays how open the wider wearables market currently is. He believes that its embryonic state is an opportunity for all players to innovate and carve out space for themselves.

He says: “At the moment we are seeing a lot of experimentation from all directions. This includes the big players like Samsung and Apple but also small start-ups and companies like Pebble.

“Because we are at an early stage of the market, even a crowdfunded device can make a big impact. Any of those players have a much better chance of making it in that space than new entrants into the smartphone sector.”

Another advantage of a, thus far, wide open market is the potential opportunities for differentiation through innovation. Jijiashvili thinks demands over battery life could lead to invention in terms of power consumption. He says short battery lives are a big hurdle for companies to overcome in order to make wearables truly mass market.

He explains: “What we have found is that if you have to take a wearable off, there’s a chance you won’t put it back on again. You may think: ‘I can’t be bothered anymore.’

“Samsung, LG and small start-ups have all been developing some interesting prototypes [for batteries] but there hasn’t been much in terms of actual deployment.”

Sensors are another area earmarked for change as more and more get deployed onto a wearable, such as GPS and biometrics on fitness bands.

But as innovation increases and prices come down, could that spell the end for the conventional fitness tracker? Could today’s entry level device be overtaken by the cheaper smartwatches of the future as they offer greater levels of functionality at a much lower cost?

Jijiashvili suggests the market will stay robust for some time yet. He says: “The [sector] has a clear purpose so we don’t see the likes of Fitbit struggling in the coming years. It has the advantage of a really good ecosystem that supports the hardware. Software will be key rather than hardware.”

But even with that view, he sees opportunity in the wider wearables space.

“The interesting one to watch will be eyewear/headwear, as augmented and virtual reality gain salience in the market,” he says.