Deutsche Telekom seeks buyer, Cellnex is investigated by the CMA 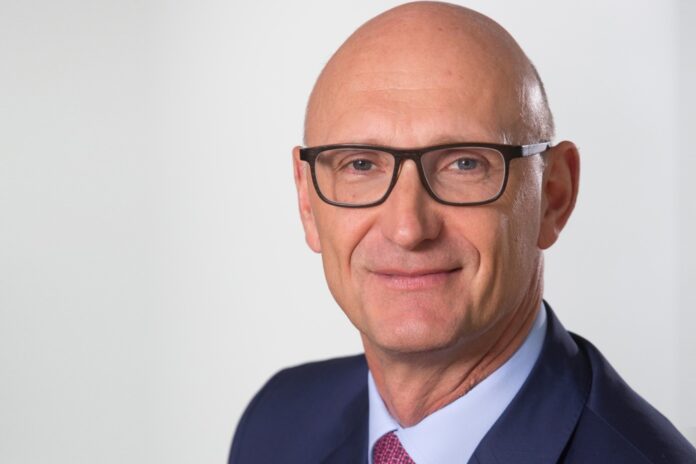 There is a tower struggle breaking out all over Europe

As Deutsche Telekom (DT) allegedly seeks a buyer for its mobile tower business, there is growing unrest at the extent of consolidation in Europe, with Britain’s competition regulator warning that the industry and consumers will be hurt.

According to nameless sources quoted in German newspaper Handelsblatt, the company aims to have a sale of its tower assets in progress by the end of the first quarter of next year. The infrastructure asset deal drawn up by the Germany’s flagship telco will value its towerco at €20 billion (including associated debt).

DT is known to be looking for a partner for its towers infrastructure, after CEO Tim Höttges (pictured) revealed in November that he would consider partnership options for its recently-listed towers business. That statement came days after Vodafone CEO said it would consider opportunities for such a move for its recently-listed tower company Vantage Towers.

“Reports that DT is heading towards a tower deal by late 1Q22 are no surprise,” claimed a First View telecoms briefing from Jefferies Equity Research. DT management had raised deal prospects at a CMD (capital managements division) in May 2021, it claimed.

However, the complications at rival telco 1U1 presented a snag that may have delayed any deal – but that could soon be resolved. “Where delayed tower contracting presents a gating factor (snag) likely removed only by early 2022,” said the analysis, adding cryptically: ”Incremental is mainly that management seriously considers a majority sale at the upper end of the valuation range (€20bn).”

“I’d love to have an industrial partner and I’m willing to deconsolidate,” Höettges said in November, adding he wanted to retain a role in the decision making that would follow a deal, particularly in influencing any further mergers and acquisition.

Meanwhile the UK, the Competition and Markets Authority (CMA) has warned that UK mobile customers could pay high price if Cellnex is allowed to buy CK Hutchison’s towers.

Cellnex is the leader in a duopoly market, having gained leadership over rival Cornerstone Telecommunications Infrastructure Limited (CTIL), owner of Vantage Towers, when it bought the telecommunications division of Arqiva. CTIL is a joint venture between O2 and Vodafone that was originally set up to provide services for its parent companies but became an independent supplier in early 2021.

Duopoly will tower over us

On April the CMA began its investigation into a possible acquisition of CK Hutchison’s UK passive infrastructure assets as part of an £8.6bn deal that includes assets in several other European countries.

UK telco BT has warned that the deal would hand too much power to Cellnex and pose competition concerns across the sector.

After six months of reviewing a range of evidence of CK Hutchison’s internal decision-making, the CMA has come to a provisional finding. If the deal with Cellnex had not been agreed, the CMA has concluded, then its passive infrastructure assets would most likely have been sold to an alternative buyer. This, CMA says, indicates that the deal with Cellnex was not the only option available to it.

Towers give you powers

The CMA’s investigation raised the unwelcome prospect that the sale of this business to Cellnex, rather than an alternative buyer, may prevent the emergence of a third major national player. This would create an effective duopoly in which Cellnex and CTIL presided over 90% of the market.

“This deal may prevent the emergence of a third major national provider of the critical infrastructure on which mobile operators depend, leaving them with only a choice of only two major suppliers,” said Richard Feasey, chair of the independent inquiry group within CMA. “Less competition could mean higher prices or worse terms for both mobile operators and their customers.”