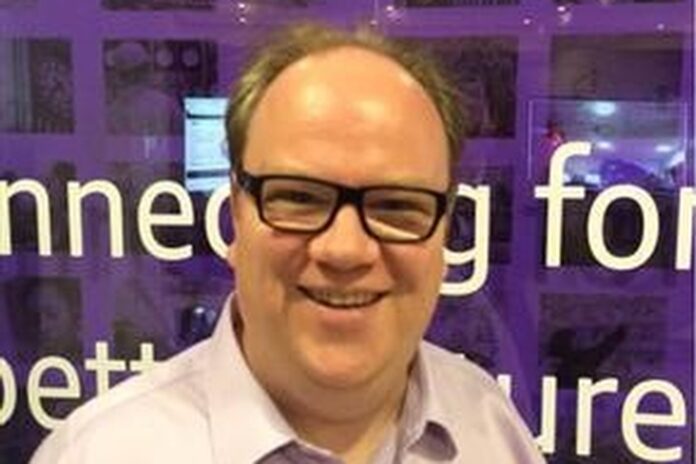 BT’s Neil McRae on Open RAN, public and telco cloud, network as code, partnerships and searching for the edge with Annie Turner.

Neil McRae, MD Architecture & Strategy, BT Group Chief Architect, opened by reiterating that the operator’s Open RAN development and deployment is geared to its own needs, at its own pace.

He also famously tweeted, “Still want to put your network core into the public cloud? #suckers”, after the AWS meltdown in December took down services from companies including Netflix, Slack, Amazon’s Ring and DoorDash.

He started by addressing the Open RAN question – BT was conspicuous by its absence when other operator groups in Europe – Deutsche Telekom, Orange, Telefonica, TIM and Vodafone – collectively pledged their support for Open RAN early in 2021.

McRae commented, “We’ve been a contributor to and a part of Open RAN since it started. We’re doing trials of what we call Ultra MIMO which we’re developing at Adastral Park. We’re committed to the best in innovation and technology.

“We will deploy Open RAN where we think it makes sense. There’s no religion about it. Openness is essential [but] open technologies must work and be mature enough for us to deploy in the network.”

In January, BT announced an Open RAN trial in the UK city of Hull with Nokia, saying in a statement, this “underlined its ongoing commitment to the development and deployment of Open RAN technology”. The operator will install Nokia’s RAN Intelligent Controller (RIC) across several sites to optimise network performance for customers on its mobile network, EE.

What about cloud strategy?

The operator has built its own telco cloud – BT Network Cloud – which he describes as “an always-on, cloud-native platform that is highly available and highly resilient” and enables BT to put workloads wherever customers need them, according to McRae: “For consumers, edge is probably mostly around video and gaming…but for enterprise, it’s about reliability and super-high bandwidth applications such as using very high-resolution video and analytics to monitor a production line or to manage a crowd entering a stadium.”

What is BT approach to the edge? McRae said, “Many people have sent their pet beagles out searching for the edge. For me, the edge is where we engage with customers [which] can be in the middle of our network, in one of our exchanges or on a customer site or handset. It will be all of those things, dependent on the use case. For a video distribution use case we’ve got about 20 edge locations today but as demand grows, that could be 40 or 50 exchange points.

“For AR, it could be deployed in many more of our exchanges to lower the latency, especially for business use.”

The UK is largely a knowledge economy so he expects to see edge compute used for digital twins in use cases as diverse as packaged goods or a transportation or new drainage system.

He stated, “You want compute power to be portable so that as you move it moves with you, but you want it to be responsive and to feel like it’s part of the computer on your desk.”

BT announced it would work with Intel to expands its cloud engineering expertise. McRae stressed that it also works with other chip firms, but “Probably 99% of cloud platforms are powered by Intel technology,” he said. “All the uses cases we talk about not are not just technology, but people’s skills. We need a cloud- builders type programme… to expand our number of people and skills in that space.”

He said BT has gained great insight and knowledge from Intel, from the key elements and desing in data centres “into the hypervisor and operating system, be it bare metal, or infrastructure-as-a-service or platform-as-a-service,” McRae explained. “We talked about the layers and things you need to do to stand up a platform around all that: a lot of people haven’t thought about how important it is and developing those skills in a more advanced way.

“Public clouds run courses on how to use them but there’s not much about how to build cloud which we felt was one of the biggest barriers and challenges in telco. I want to say we’ve got the best cloud and the only way I can do that is by ensuring I’ve got the best engineers – that’s the driver for [the Intel programme].

McRae has said BT’s goals are to be a solutions provider to key customers by 2030 and to connect “for good”. These are commonly stated goals by European operators, but the first part seems to be progressing at a glacial pace. McRae acknowledged the pandemic caused a slowdown in some areas and acceleration in others, such as retail, where firms “are pushing to be able to offer services and capability outside of the storefront”.

He again underlined the importance of partnerships in meeting customers’ need and added, “We’ve all got to make money out of it – that’s crucially important. We’re not going to be here if we [continue to] just sell connectivity, we’ve got to step forward, selling many more services and much more value than we do today if we want to invest in 6G or the next big telecommunications thing we need, because we’ve got to make money to invest.

In 2021, the hefty investments BT made in 5G and fibre highlights that point. McRae said, “We’ve got a very strong plan – COVID made it a bit more difficult for us all – but we see momentum in all these spaces. Organisations that focus on customers as we do, will be the ones that that benefit from all this new technology.”

He reckons a big stumbling block is some customers are not yet ready to move to new solutions, but others are. One such is boiler maker Worcester Bosch.

BT deployed the UK’s first private enterprise 5G network as part of the Worcestershire 5G Testbed – a government initiative, partly funded by the public purse. It is working with the boiler firm to boost productivity using robotics, IoT, data analytics, edge computing and augmented reality (AR) to see how it can make engineers’ visits to homes shorter by providing in-situ help.

BT also works with Associated British Ports to improve health and safety, among other things, which includes tracking the movement of containers on and off ships and around the port. McRae noted, “It’s almost like a two-way dance because we’re not experts in running a port or making boilers and they’re not experts in what telecommunications technology and 5G can do for them.

“We work with them and collaborate to build solutions. Often we bring in another partner: we’re working with people like Microsoft, Nokia and Ericsson to bring solutions to customers.”

McRae also said BT has a 5G Standalone platform up and running in the lab, has done some trials with it and will launch a much bigger trial “around the end of Q1”. He described it as “a key requirement that is well on the way for clients, also in private networks.

“A lot of people think private networks are just a few radios in a building, but they include the core network: the Standalone requirements for [them] are almost independent of our mobile network. We’re developing them as a set of products, working with Nokia and Ericsson”.

Will private networks primarily be a section or slice of the macro network or dedicated infrastructure? McRae replied, “I think anyone who gives you an answer that question is guessing. We will see some element of slicing off the macro network and you’ll see almost independent networks. The key is how you build, manage and operate it.”

McRae said BT Network Cloud can create a standalone network separate from main network, although it uses all the same tooling, network management and analytical systems. He states, “We can do that really easily and deploy it in our data centres or customers’ data centres or our central offices as an edge solution.

“That’s what’s important about private networks – the flexibility to spin up the core, the control plane, all those things you need in a network, on demand. To be able to react to customers’ needs as they as they build out their requirements or 5G programmes.”

McRae notes that in all these scenarios, BT is trying to do two apparently contradictory things at once: “On the one hand, we need scale provided economically – enough capacity and capability. On the other hand, we need to progress on a case-by-case basis.” Is achieving this about network automation or softwarisation, and running workloads in the best location?

He said that network automation is part of it, “But it’s also making the key control play of the network be cloud native. We build common standard infrastructure across our network and can bring different workloads to it, maybe running billing for BT one night and another tracking an ambulance through a town centre to give a doctor early diagnosis information.

“The cloud native element is what gives you the ability to scale use cases, but it’s fair to say there’ll be there are things we will need to think more about, such as mobile or nomadic edge compute, perhaps on the back of a lorry.”

He concluded, “My mission is to [make] people’s dependence on the network greater than today. I want the network to bring us more at work and rest and play, [bringing] automation that makes it easier to do our jobs so we can focus on other things in life.

“If we were able to double the network’s influence in health care, manufacturing and transportation, the outcome would be massive…in manufacturing we have massive supply challenges across every industry and if we leverage the network to control supply chains, predictability improves and the experience of building, buying or selling products becomes a better one. We need to think differently about more value the network brings.”