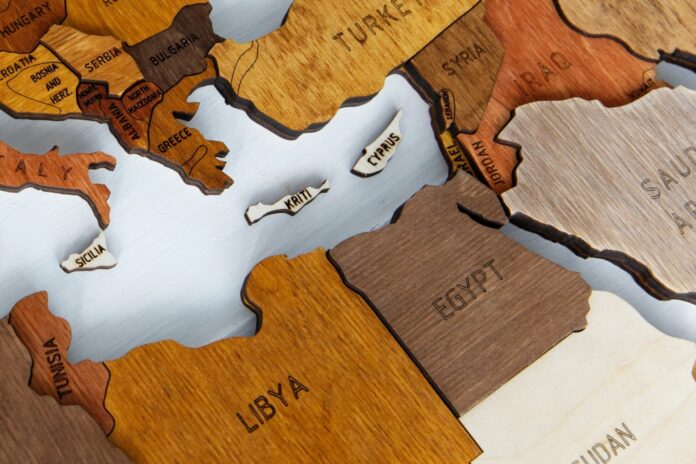 Grid Telecom is a subsidiary of the Independent Power Transmission Operator (IPTO) in Greece.

The  agreement sets the ground for the exploration of different connectivity options between Greece and Egypt, as well as the optimal utilization of Telecom Egypt’s and Grid Telecom’s state-of-the-art networks and international reach, through their existing and future optical interconnectivity to neighboring countries.

Bilateral talks between the Ministers and high-ranking government officials of the two countries also took place during the signing ceremony, covering a number of topics, namely Artificial Intelligence, Innovation, and Entrepreneurship.

Telecom Egypt’s international network extends to over 140 landing points in more than 60 countries across the globe. The company has invested extensively in its submarine cable infrastructure, which is the shortest and most reliable crossing path between Africa, Asia and Europe, making Telecom Egypt the partner-of-choice for many international telecom players over the years.

With a domestic fiber optic network currently exceeding 4,000 km, Grid Telecom, IPTO’s vehicle in the telecommunications market, is already offering diverse fiber connectivity between the island of Crete and the Greek mainland, in addition to its network infrastructure in Italy, the Balkans, and Central Europe, leveraging its position as a major, carrier-neutral hub in Europe.

The Minister of Digital Governance of Greece, Mr. Kyriakos Pierrakakis, stated: “We welcome the signing of the Memorandum of Understanding pertaining to interconnecting Greece and Egypt via submarine cable infrastructure. Exploring the possibility to deep dive into underwater connectivity, we trust this infrastructure that provides high quality, high volume of content and fast services. This is an important agreement between Grid Telecom and Telecom Egypt as the cables’ route enables connecting points of presence in our countries and across continents, and also secures the exponential growth of our respective digital markets”.

The Minister of Communications and Information Technology of Egypt, Dr. Amr Talaat, stated: “Egypt and Greece have deep rooted economic, political, and cultural ties, which have united the two countries for over thousands of years given that they are among the oldest civilizations known to humanity. The MoU signed between the two companies will contribute to strengthening bilateral cooperations in the field of communications and information technology by maximizing data traffic that crosses the Mediterranean Sea, through Egypt and Greece. This will lead to future discussions about accelerating the construction of submarine cables between the two countries, which will facilitate the massive flow of data worldwide, which continues to increase exponentially. Egypt’s distinct geographic location makes it a regional data hub, as it transfers traffic to Asia, Africa, and Europe through more than 13 submarine cables, which are scheduled to increase to 18 cables within three years. There are also plans in place to complete HARP, the submarine system that will be circling the African continent by 2023”.

The Chairman and CEO of IPTO, Mr. Manos Manousakis, stated: “IPTO, building upon its ongoing collaboration with Egypt in the Energy sector, enters into a constructive partnership with Telecom Egypt that lays strong foundations for new international connectivity projects in the growing field of telecommunications between the two countries. IPTO’s agreement to work with one of the world’s leading subsea cables operators further advances our international growth strategy and can actively contribute to Greece’s emergence as a key telecommunication hub in the broader Mediterranean region”.

The Managing Director and CEO of Telecom Egypt, Mr. Adel Hamed, commented: “We are pleased to work with Grid Telecom, as this collaboration reinforces our strategy to further expand our international infrastructure and increase the geo-diversity of our assets. With Grid Telecom as an important strategic partner, we will be able to expand our reach to Europe via Grid Telecom’s extensive network in and beyond Greece”.

The Director of Grid Telecom, Mr. Georgios Psyrris, said: “Grid Telecom, in its only three years of presence, has achieved major domestic and international business partnerships and is already recognized as a key provider in the wholesale telecommunications market. With this MoU, Telecom Egypt becomes an important partner and strong ally for our regional expansion and highlights the strong market confidence to our Company’s further growth prospects”.