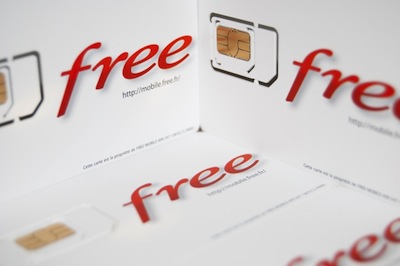 Iliad Group's Free Mobile attracted 3.6 million customers in the first half of 2012, taking 5.4% market share, according to its first half year financial statement.

Free Mobile had revenues of €320 million for the six month period, reflecting an ARPU of over €10, according to Iliad Group, and generating an Ebitda loss for the period of €44 million. Iliad said this was a "resounding commercial success" for the mobile division.

Free said that half of its mobile subscribers were existing Free broadband customers, while half were new to the company entirely. Around half kept their number through MNP requests and around half were given a new number. Free accounted for more than 50% of all porting during the period, the operator said.

Free seemed to attract new customers evenly from the other operators, claiming that the shares of Orange, SFR, Bouygues and the MVNO sector had ash dropped by around a point. The company said it wants to achieve 15% mobile market share in the medium term, and settle at a long term share of 25%. Its DSL business currently has a 24% share.

The company, which came under fire for the unreliability of its network in some quarters and has been accused by some Orange sources of under-engineering its network, reiterated its intention to build out a network capable of supporting that 25% market share.

The company said it had intensified it rollout efforts over the last six months, and would be aided in providing indoor coverage when 900MHz spectrum comes on line in January 2013. "Teething problems have been quickly overcome," the operator said. It also underlined the point that retaining traffic on its own network is of greater economic benefit to it than handing traffic over to its national roaming partner (Orange).

"As both gross margin and EBITDA margin are significantly higher for Free Mobile's own-network traffic than for roaming traffic, the Group's objective is to maximise the proportion of traffic carried directly on its own network," a statement from the company said.

Free has shaken the mobile market with two offers: a €2/month no-contract offering (€0 for existing Freebox subscribers) for 60 minutes of voice calls in mainland France and 60 SMS per month, and a €19.99/month no-contract offering (€15.99/month for Freebox subscribers) with unlimited voice calls, SMS, MMS and Internet with a 3GB fair usage policy.

EAP SIMs also give all subscribers free access to the FreeWiFi network.