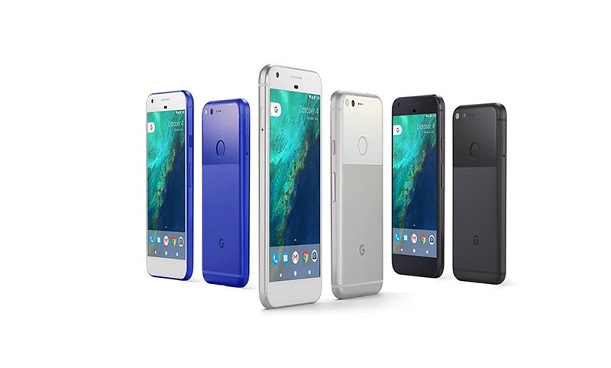 Google is placing its smart assistant at the heart of its new smartphone and connected speaker, as it launched a new suite of products for the “AI-first” world.

Google Assistant, which was debuted at the company’s I/O conference in May, will power both the new Pixel smartphone and the Google Home speaker.

The former marks the first time Google has exclusively branded its range of devices and effectively shutters the Nexus program, which saw the company partner with a range of smartphone manufacturers.

The Pixel is an iPhone-like device, with an aluminium body, Gorilla Glass display and a fingerprint scanner on the back.

Google highlighted the battery charging facility, which gives seven hours of power on a 15 minute charge.

The 12.3MP camera is being dubbed by Google as “the best smartphone camera. Ever” and the company is offering unlimited storage for full resolution photos, an extension on the limits in its current Photos service.

The smartphone is preloaded with Android 7.1 Nougat, the latest version of its operating system, as well as video-calling app Duo and chat app Allo.

The UK is the only European market to sell the device, with EE grabbing the exclusive. The Pixel comes in 5 and 5.5 inch sizes.

Google CEO Sundar Pichai revealed he wanted users to have a “natural conversation” with the search engine. He said: “When I look at where computing is heading, I see how machine learning and artificial intelligence are unlocking capabilities that were unthinkable only a few years ago. This means that the power of the software — the ‘smarts’ — really matter for hardware more than ever before. The last 10 years have been about building a world that is mobile-first, turning our phones into remote controls for our lives.

“But in the next 10 years, we will shift to a world that is AI-first, a world where computing becomes universally available — be it at home, at work, in the car, or on the go — and interacting with all of these surfaces becomes much more natural and intuitive, and above all, more intelligent.”

Google Home, which was also first announced at the May I/O event, goes on sale in the United States in November, priced $129, with no additional markets lined up at present.

Another product announcement was the Google Wi-Fi router, which are used to boost signal in individual rooms through mesh Wi-Fi. Network Assist technology is used to ensure users are kept on the fastest band.

An Android or iOS app allows users to track which devices are connected, prioritise speeds to specific devices, and pause access on smartphones, tablets or laptops.

Google also used the event to launch its new Daydream VR viewer and the latest version of its Chromecast streaming service.