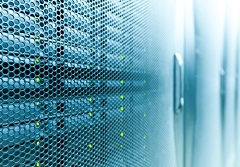 Huawei and Telefónica have completed a joint test of software-defined networking (SDN)-based IP and optical synergy.

Huawei said that full implementation of the software would result in improved service availability as well as the ability to examine the network online and hold preventative maintenance.

The lab activities and extensive technical discussions we have jointly held over in past several months have proven very useful for us. We congratulate Huawei for the excellent job done and them to keep up the good progress.”

Zha Jun, President of Huawei’s Fixed Network Business Unit, said: “This project is another example of Huawei’s breakthroughs in promoting the commercial use of SDN networks. The evolution from traditional networks to SDN networks will open up network capabilities, support rapid technology innovation, improve network performance, as well as reduce operation and maintenance costs based on virtualization and automation.”

The operator launched its Unica project, which aims to virtualise 30% of its network infrastructure by 2016, at Mobile World Congress. It has carried out proof of concept work with the likes of HP, NSN, Broadsoft, Intel, Cisco and Juniper Networks.