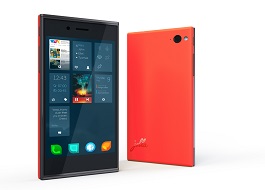 Jolla’s first smartphone running on the Sailfish OS goes on sale in Finland this week in an exclusive deal with the country’s third largest operator DNA.
But given Sailfish is based on Nokia’s old MeeGo OS, can it really stand out from the crowd from a tech point of view?
Marc Dillion, Head of Software Development at Jolla, is convinced that the future of smartphone lies in the OS and believes the pre-Windows Phone Nokia heritage will help.
Given he spent seven years at Nokia as a principal engineer for MeeGo, he should know.
“What is a smartphone? It is when the OS on the phone has all the information about your digital life and it can help you by knowing what you need next and presenting that on the screen of your phone,” he tells Mobile Europe.
“I don’t want spam marketing on my phone, but I do want my phone to tell me about the nearest restaurant or a shop once it knows that I have reached a new city, or if I haven’t called my mother in the last few weeks, it should be able to remind me.”
So what is different about the new release? Dillon highlights the “completely redefined” multi-tasking bar.
“Android, iOS, Firefox or any other OS will not let you play around with live multi-tasking,” he explains. “They just show you stuff, but on Sailfish you can interact with your tiles and play with them however you want. [On Sailfish, the tiles] are live so apps get updated in real-time while you work.”
But Analysys Mason’s Ronan de Renesse is sceptical: “It depends on how you define live – a lot of different vendors have different definitions for live multi-tasking ¬– and on what sort of mechanism is used. A few manufactures use timed updating, which means that the tiles are updated after every few minutes, they call that live too,” he explains.
The software development head thinks Sailfish has another differentiator in that the software on the Jolla smartphone is also linked to the hardware that surrounds it; fonts, tones, profiles and even functionality of the device can change according to the outer case selected.
“For example, if I put an Angry Birds back cover on the phone I might get a special version of the game or some links to special content. It will also change the colours of the user interface. We have created an innovation in the hardware that allows users to continue to add value,” explains Dillon.
de Renesse thinks that this technology is more promising. He comments: “It’s interesting and we will have to see how it impacts the accessory market. A lot of other manufacturers might start doing it too, especially Samsung, given how quickly Samsung can adapt to new technology and market demand.
“However, from a sales point of view I don’t think it’s going to make a lot of people buy the device because you will be able to access that content regardless of that back cover.” 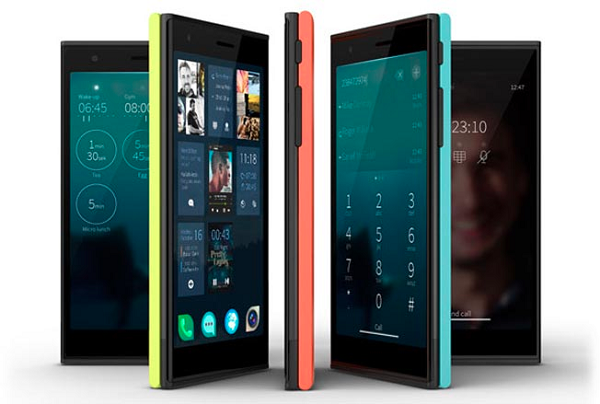 Dillon adds that Sailfish can run on any hardware: “When manufacturers likes Qualcomm and MediaTek create chipsets, they create drivers so that the hardware can be utilised by the OS and, by default, most manufacturers create them for Android. But Sailfish can run on any hardware without the need of custom drivers.”
de Renesse says this is “very good” because most of the other open-source OS need emulators or drivers.
But he warns: “It also depends if [Jolla] has a good ecosystem of developers. If there aren’t enough apps then consumers won’t buy the device, and when I say apps I mean Sailfish apps not Android apps. If the users want to use the same Android apps on Sailfish why would they buy the new OS? ”
Here, Sailfish could have a problem. The new phones will be able to download and run Android apps, but they will not do it from the Google Play store. Instead, Dillon says, the devices will ship with the alternative Yandex.Store, which only hosts around 85,000 apps.
Undeterred, Dillon also believes he has spotted a chink in Apple and Google’s armour.
“It’s a tough market [but] iOS and Android have been very static for years now. People wait in lines to get the new iPhone but when it comes out it has very slight incremental changes from the previous one,” he says.
“I have seen billboards from Apple saying ‘we have reinvented the phone,’ but their OS and user experience is exactly the same as every other Android device.”
Ultimately, Dillon says Jolla, which means “dinghy” in Finnish offers consumers an experience that’s “different, fast and fluid”.
According to de Renesse, Sailfish has similarities with WebOS, the Linux-based platform initially developed by Palm and later acquired by HP.
“WebOS was a great OS too, but it failed to launch. It doesn’t matter how strong your OS is in the smartphone market – it’s not enough. You need a lot more than that – operators globally, partners and also a global network of distribution to make it work,” he says.
Informa analyst Julian Jest concludes: “I doubt that Jolla will be able to maintain the level of financial resources needed to tip the platform from a niche to a mainstream platform.”
Mobile Europe’s fourth annual industry survey is now live. Click here to take part.
Share
Facebook
Twitter
Linkedin
Pinterest
WhatsApp
Previous articleTelenor and SFR select Giesecke & Devrient for over-the-air tech
Next articleOfcom identifies huge increase in new spectrum available