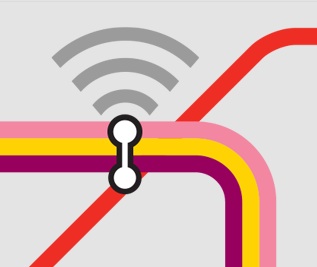 Virgin Media Business (VMB) has had 600,000 users register to use its London Underground WiFi network since it launched in June 2012. Those users have generated 40 million sessions, an average of 90,000 per day since launch, Kevin Baughan, Director of Metro Wireless at Virgin Media Business told Avren Events’ Het Net 2012 Conference in Bristol.

Baughan said currently there are 72 underground stations live with one thousand WiFi access points, supplied by Ruckus Wireless, deployed across the network. The next stage of deployment will see VMB go “more commercial”, Baughan said, expanding coverage and building a wholesale model to offer access to other WiFi service providers on a resale business.

Each platform has three access points strung along its length, with further Aps covering the entrances, escalators and tunnels. Average speed has been 18Mbps, Baughan said.

The underground experience has encouraged Virgin Media Business to explore the concept of outdoor small cell wireless further. Its interest is in using its fibre network to provide connectivity to small cells deployed on street furniture and buildings across major cities in the UK.

The operator has also been trialling LTE in Newcastle and Bristol in trial 2.6GHz spectrum, with a view to proving out the technical and business case for outdoor small cells. However, Baughan confirmed to Mobile Europe that Virgin’s wholesale ambitions stop at its fibre and WiFi properties, and it is not interested in licensed spectrum.

“While the low power option was still a possibility [in the UK’s 4G auction], then it was quite interesting but now we are not bidding,” Baughan confirmed to Mobile Europe.