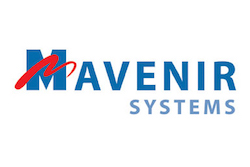 Mavenir has revealed that it supplied the technology that enabled the first commercial rollout of VoLTE in Europe with Vodafone Germany.

Pardeep Kohli, President and CEO of Mavenir, said: “We are pleased to have partnered with Vodafone to successfully launch such a critical service.

“Mavenir’s VoLTE solution provides the foundation for the transformation to a low-cost, consolidated all-IP network that will enable service innovation, as well as converged consumer and enterprise features across mobile and fixed market segments.”

The company more recently revealed it was moving into the small cells space and expanding its footprint to Asia.

Eric Kuisch, CTO Vodafone Germany, said: “Completing this milestone has been the result of a very intensive effort and close collaboration across all involved Vodafone teams and our network partners in this journey, including Mavenir.

“We are now able to offer our customers a VoLTE service with extremely fast connection time and high quality HD voice.”

Vodafone UK is set to launch both voice over LTE and Wi-Fi calling services over the summer, close on the heels on EE’s VoWi-Fi launch earlier this week.