Processing power “will continue to thrive” despite fears over smartphone innovation 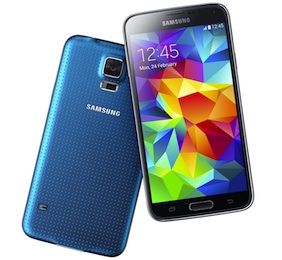 Today saw the launch of the Samsung Galaxy S5, the world’s biggest smartphone maker’s latest attempt to tighten its grip on the handset market.

Reviews have been broadly positive – it has dropped the gimmicks of the Galaxy S4 – but consensus seems to be that it’s an evolution, not a revolutionary handset.

Frost & Sullivan ICT Consultant Lawrence Lundy says the muted reaction to its launch is a sign that smartphone innovation is starting to slow, seven years on from when the iPhone first disrupted the market. He says: “We are in a sort of stasis now when it comes to smartphone innovation. We are going to see sustaining improvements as the market reaches maturity.”

So if innovation is slowing, what does this mean for the makers of processors, whose cores and chips have brought a range of functionality to the smartphone market?

Last week, Qualcomm announced two new 64-bit Snapdragon processors, which will support Category 6 LTE-Advanced networks and carrier aggregation. The 810 and 808 processors will power some of next year’s most impressive handsets.

But just how far can innovation go, when the smartphone market is on the verge of maturing? Ketan Kamdar, VP of Mobile Platforms at Broadcom, argues that at a certain point innovation just becomes a part of marketing. He cites video as an example “After a certain point, the human eye really can’t discern any difference,” he says. “720p is enough.”

However, Sravan Kundojjala, Senior Analyst at Strategy Analytics, argues there is at least another five years of heavy innovation in the smartphone market to come. He says: “Mobile processors will continue to evolve as compute-intensive features such as computational imaging, sensors, 4K screens, indoor location, high-efficiency video encoding, Siri-like assistants and others.”

Aside from short-term innovations such as LTE-Advanced and 4K displays, Kundojjala believes there are a welter of features that extend into the longer term that will require heavy processing power. These range from 3D object sensing, pushing processing technologies down toward 10nm and beyond, 5G and bringing graphics currently seen on the XBOX One onto a handheld device.

While the laptops and smartphones currently share similar functionalities, Kundojjala says it is misguided to directly compare the two in the mid to longer term: “Mobile processors are designed with power consumption in mind and take a SoC approach rather than CPU-only approach of PC microprocessors. Today’s mobile processors integrate 4G/3G, WLAN, Bluetooth, GPS, DSP, GPU, NFC, multimedia engines, security engines and various other things. This level of integration is unheard of in PC microprocessors.”

Indeed, three quarters of processors will be 64-bit by 2018, according to Strategy Analytics, because of greater demand to fuel new services.

F&S’s Lundy suggests these chips will become ever more crucial, as hardware becomes less of a differentiator compared to the services that are built into the device. “Samsung is now completely unable to differentiate on the software side with Google driving Android consistency.

“A quarter of Android handsets sold in China last year did not include Google services, and therefore were not as valuable to Google. The company is therefore preventing fragmentation of Android, making it even harder for Samsung to truly differentiate itself,” Lundy says.

Kamdar also suggests that smartphones are barely scratching the surface when it comes to capabilities, suggesting that in the future chips will be able to allow users to run multiple OS on the same device. He says the greater processing power will lead developers to come up with new ways of using smart devices.

“Once the computing power is there, then someone will come up with new ways of using it. At the highest tier, there has always been innovation,” he concludes.