More
HomeInsightsQualcomm: Nokia’s Lumia 1020 is just the beginning for the future of...
Insights

Qualcomm: Nokia’s Lumia 1020 is just the beginning for the future of chips 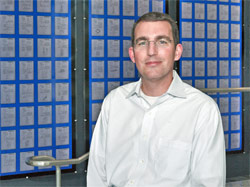 However, research from IDC shows that camera resolution is far down the list of features that consumers look for when purchasing a smartphone.

According to a survey of smartphone owners in 25 countries, camera resolution ranked 15th behind audio voice quality, battery life, device security and browsing.

Despite this emphasis on traditional phone features, Qualcomm is confident that the future lies in ever more technologically advanced features on “multi-use devices”.

Thirteen thousand engineers work on the Snapdragon chips and the new 800 series, which was introduced at CES in January, is able to “do everything” – from playing and recording HD video, to augmented reality, GPRS position data tracking and connecting to the cloud.

“Your phone is becoming your ‘everything device’. We’ve basically taken what’s typically in a PC, added a bunch of things and shrunk it to the size of a postage stamp,” Tim McDonough, VP of marketing for Qualcomm CDMA Technologies, told Mobile Europe.

Last month, it was announced that the Samsung Galaxy S4 LTE-A handset would be the first smartphone to carry the Snapdragon 800, which also supports carrier aggregation.

Carrier aggregation is a 3GPP-defined standard used in LTE-A for both the FDD and TDD variations to increase the transmissions bandwidth by using more than one carrier or channel, which can be from more than one spectrum band or contiguous elements of spectrum.

For example, a channel might only be able to reach a maximum of 20 MHz data throughput on its own on an LTE network, but by using carrier aggregation, an LTE-A network can exploit the total aggregated bandwidth of all the channels together.

“A carrier’s spectrum is very often fragmented. When your spectrum is fragmented you can’t use non-contiguous pieces of it. Think of it as two pipes. If they’re not together, the carrier can’t use the two pipes together, but with aggregation, we make it seem like the two pipes are one pipe and this often lets the carrier get a lot more throughput and capacity,” said McDonough.

“Making the move from 3G to 4G LTE is like going from dial-up to broadband, whereas the move from 4G LTE to carrier aggregation is like going from DSL to cable. The industry doesn’t name these things very well but the massive upgrades and speeds that the new devices will be able to offer is very exciting and people are going to start putting down other devices.”

For the moment, however, power consumption remains the number one problem that users have with their smartphones.

“The key to dealing with power consumption is to design all of the parts of the system so that you can deal with the whole problem. We design our technology specially for mobile and put it all together so that the parts work together,” said McDonough.

“This means that if you’re watching a movie, you’re going to use the digital signal processor and parts of the memory such as a little core in the chip that does video playback, but [other] parts of the chip you wouldn’t need, so we’ll turn off the CPUs and even the GPUs.

“The industry talks a lot about process technology, like using a 22 or 28 nanometre chip – that’s only one way to get efficiency, by making things smaller. We can make it more efficient because we built the whole thing, [including making] critical decisions about the operating system [and] by deciding what typo of process technology the chip is build at.”

Qualcomm is hoping these latest technological advancements will help it to increase its lead over rivals Intel, nVidia and AMD in the mobile space.

But it is looking more widely too and is in talks to power smart TVs, gaming consoles and also M2M.

“That same smartphone technology is jumping into the car, the computer and the TV, and it will jump into something else because everyone wants access to their content and information everywhere. We can only imagine what the next new device will be, but we build our chips so widely that someone else will have a better idea than us and make something new, which is part of the fun.”