More
Home5G & BeyondTelecom Italia looks to the future of 5G, IoT and fibre at...
5G & BeyondInsights

Telecom Italia looks to the future of 5G, IoT and fibre at TIMLab 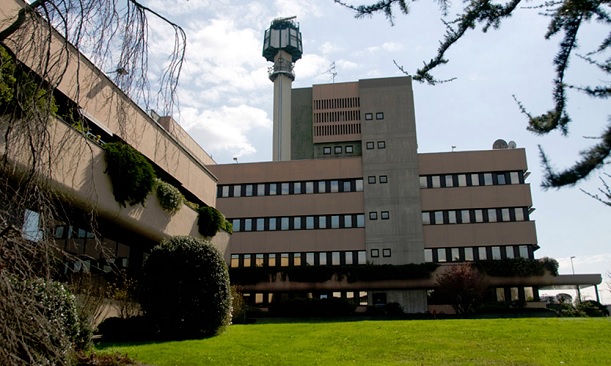 At first glance, a visitor arriving at Telecom Italia’s TIMLab in Turin could be forgiven for thinking it focuses on the history of telecoms rather than its future.

The first stop on Mobile Europe’s exclusive tour of the 53-year-old facility is TIM’s collection of historical telecoms equipment. Collected and curated by the company, the archive includes early switching boards, payphones and consumer fixed and mobile handset models dating back decades.

But a few minutes in and the tour quickly moves on to more futuristic and at times glamorous technology: a smart city management centre, an AI console and an augmented reality lab for starters. Does TIM still see any continuity with the comparatively simpler eras evoked by the collection, when telcos just did telecoms?

“One of the things in the archive is a switching panel for small business which lasted in operation in a customer premise for 40 years. Now [equipment lasts] for three years,” says Gabriele Elia, who heads Technological Scouting, Trend Analysis & Future Centre at TIM.

This, according to Elia, has meant changing the role of the operator and the Lab. Now it is not about TIM being just a telecoms operator or becoming a player in the disparate areas that are hosted in the innovation centre. Instead the focus is on giving pioneers of the new technologies the opportunity to drive them forward.

Citing Henry Ford’s possibly apocryphal quote that “if I had asked people what they wanted, they would have said faster horses”, Elia says TIM needs to create the right conditions that will fuel innovation. He adds: “The ecosystem should work together and we should shorten the time to market.”

The lab, he says, essentially provides a “shortcut” between the various stakeholders – for example, technicians from Ericsson are on-site during the tour. There are also the innovation advantages from co-locating, for example, Telecom Italia’s wireless and fixed experts.

Andrea Calvi, Head of Network Innovation, adds: “[Because of] the way this business is transforming we will need much more cooperation between different industrial segments.

“I think 5G, in addition to the technological innovation, is a sort of icon of this new way of making different businesses. We are changing our way of making innovation.”

The entry of 5G into the conversation is somewhat inevitable considering TIM has been one of the technology’s main cheerleaders in the operator community, contrasting with the scepticism from those holding the purse-strings at the likes of BT and Deutsche Telekom.

“We can’t simply say we don’t need it right now because things are coming, [whether it’s] what we are seeing on autonomous cars, or connected cars, the way…production plants need to be connected with customers and suppliers in designing the factories,” says Elia.

“[5G offers] more bandwidth, lower latency, lower cost per GB transferred [and] a more flexible network in the sense of giving to customers the opportunity to configure and define their services.”

Enthusiasm about next generation technology is perhaps to be expected from the company’s technologists, but are its investors as convinced? Elia maintains that the investments needed for 5G are the same that would be required to improve the network’s agility, flexibility and quality even without moving to a new standard.

“5G is pushing the limits but [the upgrades] are at the basis of a modern updated network to give best service at lowest industrial price.”

The operator is matching its talk on 5G with action: trials are taking place in the southern towns of Bari and Matera this year. But how much of this is about proving the business case that TIM claims to already be so sure of?

“There are two main topics,” says Elia. “It is not just testing the propagation of radio, technical parts, but testing the ecosystem and business model with [partners]”.

According to Elia, there are already 52 different partners in Bari and Matera, some based locally and some active across the country. These include seven universities and research centres, 34 large companies including vendors such as Ericsson and Huawei and 11 public sector organisations.

“The environment is so realistic,” says Calvi. “Different cities, different sites, different locations in the countries. It’s so rich that we will have the opportunity to deal with real requirements, defining the steps for real business cases.”

5G trials are also taking place closer to home, in the lab itself. A room filled with foam polygons, resembling a playpen for children but costing thousands of times more, is used to test the propagation characteristics of waves in new types of spectrum. A separate team, including participants from Ericsson, is conducting a live test in 28GHz spectrum.

The tests use hardware and specifications which lab technicians say are “very similar” to those that will be used in 5G. To make them fully compliant will be a simple matter of a software upgrade after standardisation.

Elsewhere a virtual reality demo is used to demonstrate the latency benefits that 5G will bring. Using an Oculus Rift, the user is able to explore tunnels under Turin’s Pietro Micca Museum which are not accessible to tourists, complete with visualisations of a siege of the city that took place centuries ago.

The lab is also exploring the possibilities of existing technology. The facility features a control centre where smart city applications are tested. A large wall-mounted dashboard carries a map of the Spanish town of La Coruña in Spain, where a live pilot is being carried out in partnership with Telefónica.

The technician can click tabs on the dashboard to bring up information on the town’s bike rental stations, water tanks and traffic counters based on sensors in the road. One live smart city application is the smart bench, which measures information such as temperature and how many people sit down. The commercial application is that audio-based announcements can then be tailored according to these metrics.

While the sensors currently use a combination of 2G, 3G and more short-range protocols such as Bluetooth to relay information, the plan is to move all sensors to NB-IoT in the next few months.

Meanwhile in fixed line, the operator is also testing the limits of fibre technology, as the ongoing commercial roll-out of the infrastructure will support 5G enabled small cells.

This includes the new NGPON-2 standard, which uses different frequencies of visible light to offer a fourfold capacity improvement compared to the currently used GPON. The upgrade is carried out through a change to the electronics at either end of the fibre, with no additional roll-out needed.

According to Calvi, customer demand is not yet high enough to justify moving to NGPON-2. The move will happen, he predicts, when infrastructure and end-user needs combine after 5G is launched.

As the technicians stress, the technology in many of TIMLab’s pilots, such as the smart city project in La Coronia, is already out in the field. Powered by a healthy dose of optimism about the industry’s future, TIM seems to be determined to get there early.