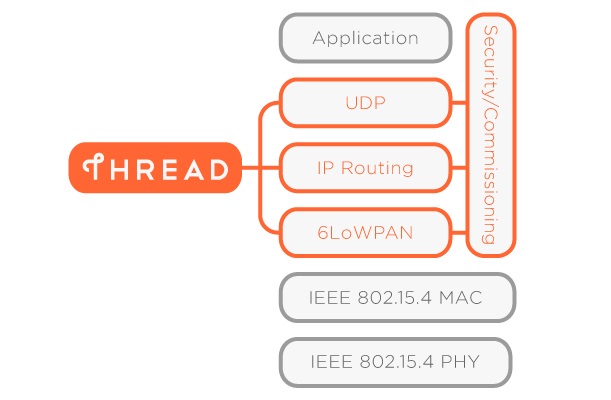 Smart home IoT organisation Thread Group has released its first IP-based wireless networking protocol and appointed Qualcomm Technologies to its board of directors.

The protocol is based on IPv6 and 6LoWPAN and claims to offer self-healing mesh networks that can support hundreds of devices.

It said its networks will feature “banking-class” encryption and support battery operated devices. The group said users can install Thread devices with a smartphone, tablet or computer.

Chris Boross, President of Thread Group, said: “Thread was designed to be the foundation of the Internet of Things in the home by allowing developers and consumers to easily and securely connect hundreds of devices within a low-power, wireless mesh network.

“In the nine months since opening membership, more than 160 companies have joined the Thread Group, and now the group is launching the Thread technical specification, which has now completed extensive interoperability testing.”

Meanwhile, the group, which boasts Google, Samsung and ARM among its members, has appointed Thomas Sciorilli to lead its product certification program.

Thread expects the first compatible devices to launch during the fourth quarter of this year. In a statement, the group said Sciorilli will be in charge of testing to ensure products work straight from the box.

Earlier this month, Panasonic said it was launching its smart home network to the UK.