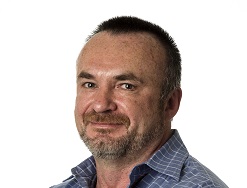 It continues to offer its customers the ability to call from eight countries without incurring roaming fees.

But how does it do this? The company’s customers are given a SIM with patented technology, giving them access to eight ‘local’ numbers. When a Truphone customer travels to one of these countries – the UK, United States, Australia, Hong Kong, Netherlands, Germany, Spain and Poland – the SIM registers to the local MVNO provider.

Colin Windsor [pictured], Truphone CIO, says the process takes slightly longer than a phone traditionally roaming but no more than a few minutes.

He says the bulk of the heavy lifting when it comes to switching is handled in two data centres in London and Amsterdam. He says: “The heavy data logistics is done in the big data centres but we have others in Asia and America for local capabilities.”

Windsor says when Truphone launched its network, it wanted to provide a service for modern day customers, rather than cope with legacy infrastructure and systems. He says the company has built-in capacity for at least another two years but adds: “It’s scalable architecture – there are no legacy systems so no interoperatable systems to deal with.”

Data consumption by Truphone customers is soaring, increasing by fivefold in some regions, and the company is now offering half a terabyte data plans to cope with demand.

The company’s chief commercial officer Manju Kesani said its customer base doubled during Q4 2013 and the first quarter of this year. It hopes to double the base again by the end of next month.

Truphone’s timing is apposite given the looming changes to roaming across Europe. The banning of charges for incoming calls will be implemented in July, the first change ahead of the abolition of roaming fees by 2016.

The company appears open to a possible takeover. When asked whether larger operators could take advantage of Truphone’s technology to help their own customers, Windsor says: “We have built something quite unique so there’s bound to be a lot of interest.”