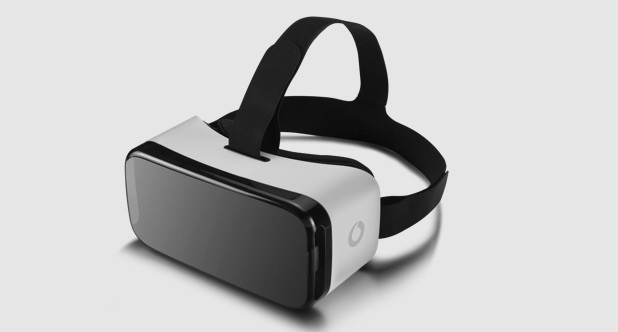 Vodafone has launched its latest branded smartphone, its first to offer virtual reality to consumers.

Pre-orders of the Smart platinum 7 will get the VR headset for free, with Vodafone also intending to sell it as a separate accessory.

The platinum 7 coincides with Vodafone’s 10 year anniversary of selling its own brand handsets. Since it launched the 3G Vodafone 710 feature phone in 2006, the operator has sold more than 85 million Vodafone devices.

The platinum 7 is compatible with LTE-Advanced networks, has a 5.5 inch screen with a 2K AMOLED display. Its octa-core processor is supported by 3GB of RAM.

The operator said consumers can benefit from up to two days’ battery life thanks to a 3,000mAH battery. It is compatible with Quick Charge 3.0 technology, which means it can have half of its charge restored in 30 minutes.

Daniel Schubert, Head of Industrial Design for Vodafone, said: “We’ve designed the Vodafone Smart platinum 7 to be beautifully elegant. It is super slim, below seven millimetres thick, has sensually curved 2.5D gorilla glass on the front and back to give it extra depth and tone and its aircraft grade aluminium body and diamond cut detailing have a precision finish that evokes the feel of luxury jewellery.”

Vodafone UK will start selling the handset on 20 June, priced £300 upfront or on contracts priced from £29 per month. The operator did not say when, or if, it will starting selling the device in other markets.

The headset runs on the Google Cardboard ecosystem and will cost £49 if bought separately from the platinum 7 smartphone.

Patrick Chomet, Group Director of Terminals at Vodafone, said: “I am particularly excited about the Vodafone Smart platinum 7, which makes premium smartphone design and technology more attainable, so many more Vodafone customers will enjoy streaming everything from HD TV to virtual reality over our fast and reliable 4G+ networks.”