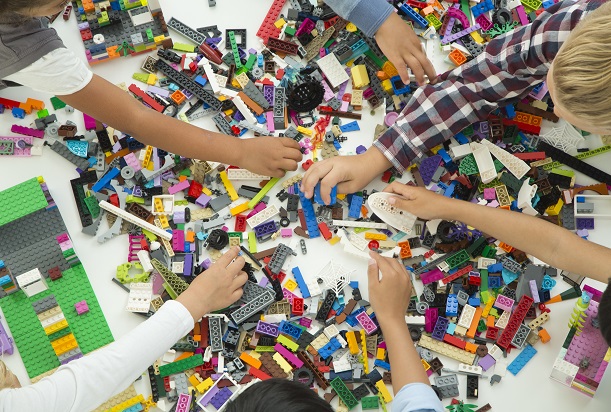 In a week where Ericsson put 5G into a suitcase and Orange revealed how it was testing cellular’s role in the Internet of Things, these stories also caught our eye.

Google had a surprise in store for customers of its Project Fi network. The US-based MVNO is a means for Google to explore how networks operate and how they interact with the Android operating system and its Nexus handsets.

Just in time for Thanksgiving yesterday, some consumers got a special delivery. Android Police reported that Google sent out Lego kits to Project Fi users, featuring bricks in the MVNO’s own colours.

Some have suggested said bricks can be used to build a charging station and cable organiser for their Nexus device. We probably would have built a spaceship.

Readers of a certain vintage may remember the halcyon days of ’90s hip hop and R&B. A heady whirl of A Tribe Called Quest, Lauryn Hill, En Vogue, the east coast/west coast rap wars, it makes us want to dig out our old Bloods headscarf and charge up Boyz in da Hood on Netflix.

Another fixture back then was Erykah Badu, who came back into the news this week with the announcement of her long-awaited mixtape But You Caint [sic] Use My Phone. According to the press release, which was reported by Pitchfork, “the mixtape expertly weaves Erykah Badu’s trademark soulful vocals with psychedelic soundscapes, hip hop-inflected beats, smooth R&B, jazz, art-rock and found sounds into a new genre Erykah describes as “TRap & B”.

Of course it does.

Songs include Cell U Lar Device, Dial’afreaq and I’ll Call U Back, and you can hear them from 4 December. We wonder whether this will lead to a resurgence of emo(ji) music or whether the mixtape will get a bad reception.

Want smartphone sales? Don’t target Western Europe. GfK revealed this week that the continent has the slowest rate of growth for smartphone sales. Units sales only increased by three percent during the third quarter, compared to 24 percent in emerging Asia Pacific markets. The value of sales actually dropped by nine percent, as prices were slashed to entice customers.

The French were blamed by researchers, with solid unit growth of 16 percent in Q2 slowing to a sluggish five percent in Q3.

Kevin Walsh, GfK Director of Trends and Forecasting, said: “GfK forecasts global smartphone demand to grow by +13 percent in Q4 this year, bringing total 2015 demand to 1.3bn units. At +7 percent year-on-year growth this represents a slowdown from the growth of +23 percent seen in 2014.

“Next year we forecast growth to improve marginally to +8 percent year-on-year, buoyed by China and Central Europe, but emerging APAC and MEA will remain the main powerhouses of smartphone unit demand. These markets will continue to benefit from the double-whammy of low smartphone penetration rates and more lower-priced devices entering the market.”

The race is on to become the champion of organic light-emitting diode (OLED) displays after Apple reportedly signalled its intention to use the technology from 2018.

Nikkei reported LG Display is funnelling hundreds of millions of dollars worth of investment into new panel plants and also improving capacity. A line for large scale production is set to be added to its main plant in Paju, South Korea.

OLED screens are no stranger to smartphones with Samsung using them in its Galaxy range of devices. LG will have to vie for Apple’s affections against its Korean rival.