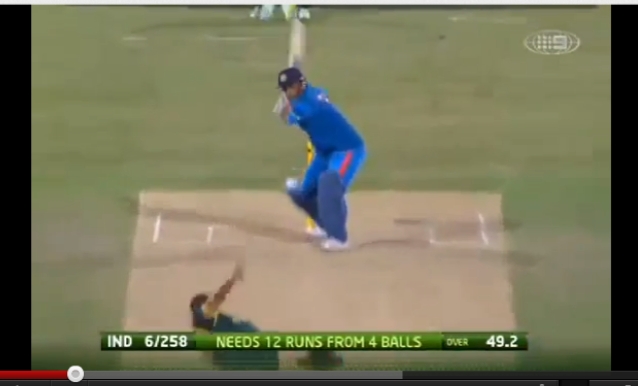 Experts have told Mobile Europe that YouTube appears to be trialling a new streaming protocol that, if implemented, could have a significant impact on the way YouTube videos are delivered over mobile networks.

Staff at video optimisation company Mobixell noticed that some YouTube videos appear to be using a different streaming technology to usual. The change seems to be designed to reduce the amount of “unwatched video”, and therefore unused data, delivered across fixed and mobile networks. Typically, if you start a YouTube video and then press pause the full video will continue to buffer while the player is paused. This is represented by a shadow progress bar loading from left to right, while the “pay” progress bar is stalled.

But Mobixell has noticed that in about 10% of videos it currently handles, when the pause button pressed the buffer stops as well.

Noam Greem of Mobixell, said, “We have noticed that YouTube has changed its buffering on some videos so that if you press play and then pause, the buffer does not continue to fill up.” The protocol seems to be applied to videos delivered to mobile and desktop devices, and is not limited to certain types of content, Green said.

Mobixell said that its files appear to show the new streaming protocol is called Toast and Buttered Sliced Bread, or TABSB. So what is TABSB? What is the logic YouTube is using to apply it to videos, and what benefits could it bring to users, content providers and carriers?

Well, Google’s YouTube press office was reluctant to provide any confirmation or further details about the new protocol, with the company limiting itself to the following statement:

“Optimising video streaming is important for the user experience and over the past year we’ve introduced a number of updates in the way some YouTube mobile clients perform buffering and caching. We continue experimenting and hope to introduce some exciting improvements in the upcoming months.”

Green said, “Our thinking is that there coud be two main reasons for this — one is that [YouTube] wants to combine or unify its online and on-demand delivery mechanisms, allowing more real time options and elements, to let users watch a full-length video, for example. The second is to do with mobile consumption: when people load a full buffer but only watch half the video, that’s a waste of data coming through the network. It also means people are potentially paying for data they are not using,” Green said.

Green added that a more mobile-optimsed streaming solution might also allow Google to say to carriers “we are on your side”, given some of the recent discussion about the effect video is having on bandwidth demands, and the issues operators have monetising that. Indeed, the effect of the protocol is similar to some of the pacing technologies that video optimisation companies currently apply to mobile video.

Patrick Lopez, analyst with Core Analysis and a former CMO of video optimsation company Vantrix, said, “I have not spoken to Google or observed the protocol  myself, but my discussions with Mobixell’s engineering teams and their take on the network traces that they have performed show that this protocol is an attempt to reduce waste. My understanding is that the protocol is based on HTTP progressive download and provides a delivery bitrate that is proportional to the encoding bitrate of the video and that it can detect events (play, pause, stop, seek…) and decide to stop the delivery or not based on these events.”

“While not the ultimate solution to networks congestion, it would be a step in the right direction to alleviate embattled mobile networks,” he said.

“Unfortunately, it could come also with its own problems, since the download time would be longer (the same as the play time), this protocol, if deployed, could tie up networks for longer than necessary to deliver a video, when there is no congestion.

“In my mind, this is an example that shows that network congestion cannot be resolved exclusively on the network side or on the content provider side. It is necessary for the operator to provide to the content provider means to control and audit the health of a video delivery.”