Spending on VoIP, IMS hardware set to slow in 2014 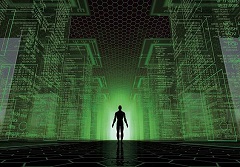 Spending on VoIP and IMS equipment is set to slow this year, as operators look to launch new services throughout 2014, a new report has claimed.

Operators splashed out more than €725m on this equipment during the first quarter of the year, up 37 percent on the same period in 2013 but down nine percent on a sequential basis.

The figures were revealed in a report by Infonetics. Diane Myers, Principal Analyst for VoIP, UC and IMS, said while VoLTE was positively impacting the market, the market will slow as operators launch products and drawn down capacity that has been built during the past 12 months.

She said: “Already this year we have seen AT&T, PCCW/HKT, and other operators launch VoLTE services, and NTT DoCoMo is set to do so in June. There will be additional launches in 2014 by large and small providers alike that will hit the bottom line, but mobile does not completely dominate the picture. Spending on Class 5 replacement and voice over broadband (VoBB) and SIP trunking expansion will continue.”

Meanwhile, separate research from the company said that Edge, HSPA and HSPA+ networks are staying robust amid the move towards LTE networks.

The survey found 63 percent of those surveyed had a single IP RAN operational, with operators claiming cost reduction and greater efficiencies were the main reasons for deploying. It added Huawei, Ericsson and Nokia were the top three equipment suppliers.

Stéphane Téral, Principal Analyst for Mobile Infrastructure and Carrier Economics at Infonetics Research, said: “EDGE and HSPA/HSPA+ have a long tail and remain strong despite the onslaught of LTE deployments. However, some of the HSPA+ traction we saw among mobile operators last year is diminishing because of the current move to LTE, which we qualify as the second wave of rollouts characterized by hundreds of small footprints.”

He added: “Because those LTE rollouts are not overlay networks, most will still require serious HSPA+ upgrades to maintain user experience when falling off LTE coverage.”